What are the biggest problems in Karachi's governance? What must the government do improve water, sanitation, transport and infrastructure issues faced by the megacity's population? 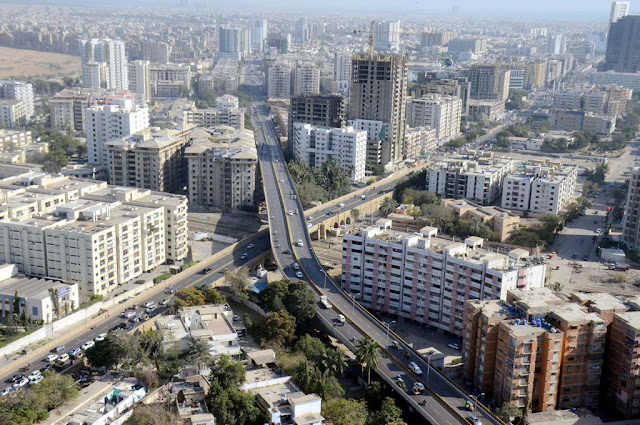 Should Karachi be a separate province? Should the local bodies law be changed to devolve power and allocate greater resources to the municipal governments in Sindh?


What have other nations done to deliver better municipal services to their citizens? Can Pakistan learn from others' experience?  How can big cities like Karachi finance, build and manage the infrastructure needed to deliver better services?

What can the incoming PTI leadership in Islamabad do to help Karachi-ites in spite the limitations of the 18th Amendment?

Over the past 10 years, capital expenditures in the water and sanitation sector
totaled over US$65 million. The vast majority of this investment was undertaken
with the support of the provincial and federal governments. The amount of
investment has been decreasing since 2008 (figure 3.6). The investment level is
insufficient to close the current gap in terms of access and quality and to keeping
pace with growing demand and service targets.
Additionally, the actual investment amount is far from the estimated investment
requirements for water supply to ensure universal access to safe and affordable
drinking water by 2030, one of the Sustainable Development Goals. In
2007, the JICA WSS Master Plan for Karachi estimated the total investment
needs for both WSS at US$2.6 billion (2008–25).
Karachi’s water and sewerage crisis is foremost a governance and institutional
one. Without a viable governance framework that clearly delineates the appropriate
roles and responsibilities of relevant stakeholders in policy making, service
delivery, and regulation, the long-term effects of technical, financial, or internal

Water supply in Karachi is highly irregular and inequitable. Data show that
access to improved water sources has declined in the past 10 years in Karachi,
slipping from 90 percent coverage of the population in 2006–07 to 86 percent
in 2014–15 (figure 3.3). Further, rationing of water supply is widespread in
most places, particularly in poor neighborhoods. More than 50 percent of
Karachi’s population lives in informal settlements, and most of them face
severe shortages of water and a lack of proper sewerage systems (ADB 2007).
Water availability often ranges from two hours every two days to four hours
per day at very low pressure. Due to the lack of alternatives—as groundwater
is brackish and KWSB is the only service provider—many households also rely

Chief Minister Murad Ali Shah said that his government’s policy is very clear. He is working for transforming governance economic growth, sustainable development and human capital development. “I am committed to achieving these goals through accountability to the core of government, encouragement of economic growth, liberalisation of the agriculture sector and through strengthening population management and early childhood development,” he said.

The World Bank has proposed $200 million for Karachi Urban Management Project. The chief minister said that the objective of the project is to enhance urban management service delivery of Karachi Metropolitan Corporation and other districts metropolitan corporation (DMCs).

The proposal is to provide performance-linked block grants to six DMCs and KMC for local level infrastructure and municipal services. A capital development grant was proposed for KMC for flood management and rehabilitation of urban drainage infrastructure.

The chief minister directed P&D Chairman Mohammad Waseem to call a joint meeting of local bodies and secretary local government to finalise the KUM Project so that necessary recommendation could be firm up for final approval.

The World Bank proposed $400 million for Karachi Urban Mobility. The project is aimed at improving urban mobility, accessibility and road safety in Karachi. Under the project, the WB would construct Yellow Line corridor, including the development of infrastructure rehabilitation and BRTs construction system.

The chief minister approved the project and directed P&D chairman and Transport secretary to move forward with the project by completing all the required formalities and also sends the concept paper to Economic Affairs Division.

The goal of Sindh Water & Agriculture Transformation & Climate Resilience project is transforming water management and agriculture production towards higher levels of water productivity and improve climate resilience. The WB has proposed $300 million and the provincial government share would be $150 million.

Sindh Chief Minister Murad Ali Shah said that under project rehabilitation of canal system on the right of Dadu and Rice Canal and on the left bank of Akram wah, Ghotki Feeder and the Fulleli system would be made. He also added that under the project advance irrigation reforms have been proposed and masterplans for the monitoring system of right bank barrages would also be evolved.

TRANSFORMATION AND REVITALISATION OF THE FISHERIES SECTOR PROJECT:

Transformation and Revitalisation of the Fisheries Sectors (TRFS) will cost about Rs150 million. The chief minister said that the goal of the project was to transform and revitalize fisheries and aquaculture by improving management, competitiveness and community.

The project would introduce sustainable management systems, including spatial planning, vessel registration and licensing and data management. The chief minister said that under the project private sector participation would be incentivized and would build value chains. He added that the project also aims at improving nutritional food security and livelihoods for women and families and strengthening institutions.

The modernization of Karachi’s old downtown is one of a string of projects aimed at revitalizing Pakistan’s largest city and economic powerhouse, which has long been plagued by traffic congestion, water and electricity shortages and rampant crime.

But experts say the politicking by local parties and wrangling between different levels of government that have stalled Karachi’s growth for decades continue to hold back development.

Public transit programs, including a shiny new bus service and the revival of a long-closed inner city rail service, are among the projects stuck in the gridlock.

Both transport schemes have been held up awaiting authorization from Islamabad to invite bids to supply new buses and begin laying railways tracks, according to Sindh province’s Transport Minister Awais Qadir Shah.

Muhammad Sualeh Faruqui, CEO of the federal development corporation in charge of the bus project that is expected to move 250,000 commuters daily, said an agreement between the provincial and federal government should be finalised soon.

But no movement has been made on the bus or rail projects since Reuters spoke to Faruqui in January.

On Saturday, Prime Minister Imran Khan announced the allocation of 162 billion rupees ($1.15 billion) for Karachi’s development, to be primarily spent on transport and sewage projects.

“We need to make a master plan for Karachi and define the limits of the city and whether it will expand beyond its current area,” Khan said.

But more than 50 years later, the city’s infrastructure has failed to keep pace with a population that has sky-rocketed more than 300 percent, leaving many public services such as health, transport, and water either provided by an informal private sector or controlled by organized crime.

The city nevertheless remains key to Pakistan’s shaky economy, now on the verge of its 13th IMF bailout since the late 1980s, accounting for 20 percent of the country’s gross domestic product (GDP), according to World Bank figures.

A study by the NED University of Engineering and Technology found that traffic congestion costs Karachi $2 billion annually. Data from the local municipal corporation showed more than 3 million motorcycles currently in use with 25,000 added each month.

#Pakistan #ImranKhanPrimeMinister commits $1 billion investment in #Karachi port to boost #trade. Karachi is Pakistan's major maritime link to the outside world and handles over 60 percent of the country's imports and almost all of its #exports. @AJENews https://www.aljazeera.com/news/2019/04/pakistan-pm-commits-investment-karachi-port-boost-trade-190417153021418.html

Karachi is an economic hub and handles more than half of Pakistan's imported goods.

#Karachi a victim of poor planning, bad governance – and floods. "...the same story is repeated in varying degrees across all the cities of #SouthAsia – Rawalpindi, #Mumbai, #Delhi, Patna, Kolkata, #Dhaka and on and on."
#climatechange |The Third Pole https://www.thethirdpole.net/2020/08/31/poor-planning-poor-governance-poor-monitoring-flood-karachi/


Many parts of Karachi went without electricity for 50 hours, prompting Sindh’s Chief Minister Murad Ali Shah to ask, “What kind of service is this?” Internet and mobile phone networks were disrupted all over Pakistan’s largest city.

Women, children and the elderly waded through waist-deep sewage to reach rescue boats as rain continued to pelt down; the boats had to navigate around floating furniture, submerged cars, motorcycles and even shipping crates pushed around by the force of the floodwater.

The meteorological department totalled August rainfall in Karachi at 484 millimetres (19 inches), with the highest daily rainfall of 130 mm at PAF Faisal Base on August 28.

“Last year, through the three monsoon months, the PAF Faisal Base recorded a total of 345 mm of rains; this year in just two months, over 600 mm rain has been recorded there,” Sardar Sarfaraz, the Pakistan Meteorological Department’s Karachi head told The Third Pole.

“The rains are unprecedented; and in all likelihood, this seems like an erratic event, with the last such intense rain recorded in 1931,” said Sarfaraz. “I cannot say with finality that this rainfall can definitively be attributed to climate change.”

---------
Noman Ahmed, dean of the Architecture and Management Sciences department at Karachi’s NED University, said some encroachments happened in connivance with different government agencies, while some were “organic”.

“For example, the encroachments on Gujjar Nala were facilitated by the KMC functionaries by providing inappropriate leases [on its edges – in areas that were not supposed to be inhabited in the first place],” Ahmed said.

“The alignment of the nalas [drains] have clearly been demarcated in all land-use plans available with the different civic agencies,” said Ahmed, and therefore selling plots of land was nothing less than a “criminal act”.

He did not blame those who had bought the plots. Ahmed said people had started building on the dry bed of Gujjar Nala because for decades there was nothing more than a thin stream. “They occupied the land without knowing how vulnerable they were to sudden inundation, and this is what happened in recent rains.”

Architect and heritage consultant Marvi Mazhar also attributed “unplanned and unregulated growth, lack of monitoring and corruption” as major reasons for the havoc the rains wrought on the city of 16 million, which has been heavily “concretised, with not enough soft ground left for water to be absorbed”.

The problem has persisted despite court judgements, including an order from the country’s chief justice that all illegal construction be removed from Karachi – whether on or off the drains.

Describing the removal of encroachments as “a very tricky affair”, Ahmed said that very often debris left behind by a demolition crew causes more obstruction to water flow than the original buildings.


“These drains can actually be added into beautification plans with plantations on either side, and run across the city like in Amsterdam,” said Mazhar. Instead, she said, they are seen and treated as an eyesore with garbage thrown alongside them, which invariably slips into the drain thereby choking it. She held both residents and the government responsible for the indifference shown towards Karachi’s garbage.

Now Prime Minister Imran Khan has said he wants a “permanent solution” to problems associated with drains, the sewage system and water supply.


As global attention focused on hurricanes Harvey and Irma, more than 41 million people across South Asia battled floods and displacement.

From Afghanistan in the west to Bangladesh in the east, floods could cost South Asia -- home to a fourth of the world’s people -- as much as $215 billion each year by 2030, according to the World Resources Institute’s global flood analyser launched in 2015.

“Companies with operations on coasts, next to large rivers, on low-lying flood plains and in urban areas with poor drainage and sanitation are at greatest risk,” said Tom Hill, executive director, crisis and security consulting, at Control Risks in New Delhi. "More rain and extreme weather will not only hit businesses in South Asia, but also global companies that source their products and raw materials from the region."

Already floods affect more than 9.5 million people in the region each year, with GDP worth $14.4 billion and $5.4 billion at risk in India and Bangladesh respectively, according to WRI.

In 2016 alone, Asia reported losses worth $87 billion from 320 natural disaster events, the world’s biggest reinsurer Munich Re reports. Of this, $77 billion were uninsured losses.