San Francisco based Cloudcade has announced it will invest $6 million to set up a game development studio in Lahore, Pakistan, according to Venturebeat.

The Lahore studio will be led by Ammar Zaeem, cofounder of Pakistan’s mobile game studio Caramel Tech which already has a team of 50 engineers. The move is a big investment into Pakistan as a tech hub, and it shows how the game business is expanding around the globe. 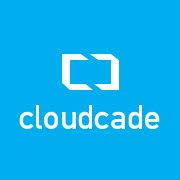 Founded by Di Huang in 2013, Cloudcade is known for its popular multiplayer game "Shop Heroes" that pits players against each other in a competition to create the best shop they can. If a player can make a better store and perform more tasks than his or her rivals, he or she wins.

The game is available on the Apple iOS App Store, Google Play, Samsung Galaxy Store, Amazon, Kongregate, and Facebook. It is now also supported on the Apple Watch.

In his report, Venturebeat's Dean Takahashi says that "Pakistan’s emergence as a software engineering and startup ecosystem has been powered by an emphasis on technology education and a generation of tech-savvy youth." The country is seeing a dramatic increase in tech startup investments in recent years and is supported by 90 universities, 25-plus country-specific accelerators, foundations, communities, and the government itself, Ammar Zaeem said in an interview with GamesBeat.

Late last year, Outlook India ran a story headlined "Noida to Islamabad". It suggested at least anecdotal evidence of information technology jobs beginning to move from India to Pakistan. The number of jobs was only 125 but could it be the tip of a larger iceberg. Are western companies finding Pakistan becoming more competitive with India in terms of cost and skills on offer? Let's try and answer these questions. 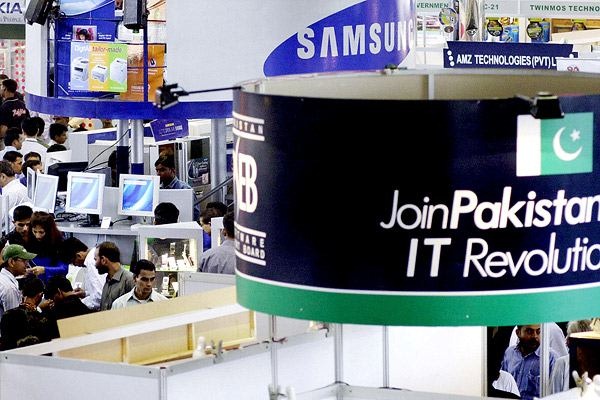 Outlook India report said 125 employees at a US-based information technology service provider were laid off in Noida in New Delhi, India, and the very next day an equal number of workers started working for the company in Islamabad, Pakistan. Here's an excerpt of Outlook India story:

"On the night of November 1, stretching into early next morning, close to half the workforce at the Noida office of a US-based IT service provider was informed that their services were no longer needed. A former employee says salaries for the staff at the Noida office were declared delayed by a day on October 31. The official explanation was that the servers were not working. “They weren’t clear about how many people were going to be laid off,” he says. The next night, they “axed 125 people in half-an-hour.” They all got a severance package—a cheque for October and another two months of salary—and a termination letter. Rumors of layoffs had started doing the rounds four to five months ago. The talk was that the company was opening offices in a neighboring country. Curiously, the day the workforce in Noida was sacked, almost the same number of employees for the same low-level IT-enabled jobs logged into their systems, 676 kilometers away, in Islamabad, Pakistan. Job cuts have plagued the Indian IT sector for about two years now and have begun to get pretty serious from the start of this year. “Bloodbath in Bangalore” has been the recurring headline. But the trend of these jobs going to techies in Pakistan is more recent. Away from all the noise of ceasefire violations and surgical strikes, where Pakistan could really hurt India is in taking away low-end IT jobs. The neighbor has a budding IT industry, growing in its own space, looking to emulate the Indian IT success story where right now data operators and BPO callers come much cheaper."

The story did not identify the company by name.

Pakistan: The Next Software Hub?

There are tens of thousands of Pakistani IT engineers working in the West, particularly in Silicon Valley, the high-tech capital of the world. The popular entertainment industry recognizes this fact by featuring a Pakistani-American software engineer in lead role played by a real-life Pakistani-American Kumail Nanjiani in HBO's "Silicon Valley" serial.  Articles like the New York Times Op Ed piece in 2015 titled "Pakistan, the Next Software Hub?" have helped raise the profile of Pakistan's information technology industry in the West.

Afiniti and Careem: Tech Unicorns Made in Pakistan:

Afiniti and Careem are two technology unicorns engineered in Pakistan by Pakistanis. AI (artificial intelligence) startup Afiniti software has largely been engineered in Lahore while taxi hailing service Careem's technology has mostly been developed in Karachi.

Careem is a taxi hailing app that is giving its American competitor Uber a run for its money in a region stretching from Pakistan to the Middle East and North Africa. The company cofounded by Mudassir Sheika, a Pakistani national, is headquartered in Dubai in the United Arab Emirates.

Careem's software has been developed by its technology partner VentureDive based in Karachi, Pakistan.  VentureDive was started by serial Pakistani entrepreneur Atif Azim who sold his earlier startup Perfigo to network equipment giant Cisco for $74 million in 2004, according to a report in Tech in Asia.

Washington D.C. based AI technology firm Afiniti, founded by serial Pakistani-American entrepreneur Zia Chishti, has filed for initial public offering (IPO) at $1.6 billion valuation, according to VentureBeat. The company has grown out of the technology used in the Pakistan-based call center business of The Resource Group (TRG) also founded by Zia Chishti.

Pakistani universities are producing over 10,000 IT engineers annually. Many of them have demonstrated their quality and skills by freelancing for American and European companies. Pakistani freelancers consistently rank among the top three year after year.

In terms of cost, Pakistani engineers cost significantly less than engineers in India and elsewhere. The average salary of a software engineer ($110,000) in Silicon Valley is about 20X more than the average salaries in India ($6,875) and Pakistan ($4,770), according to Glassdoor.

Pakistan's emergence as a tech hub is drawing new entrants like San Francisco based Cloudcade with its investment in a game development studio. Recent move of 125 IT jobs from Noida to Islamabad in an indication that  Pakistan is becoming an attractive destination for software and information technology companies looking for highly skilled talent at significant discounts. It is an emerging center of technology with at least two unicorns, Afiniti and Careem, engineered by Pakistanis in Pakistan.  With growing numbers of young homegrown Pakistani technologists, a highly skilled diaspora and an evolving startup ecosystem with incubators, accelerators and investors, the country is beginning to demonstrate its vast potential as a vibrant technology hub of the future. Provincial governments, particularly those in Punjab and KP, are showing leadership in encouraging this trend. The main ingredients are all coming together to make things happen in Pakistan.

Founder and Chief Executive Officer Rabeel Warraich and international partner Dr Bernhard Klemen will lead the fund's investment of $100,000-$2m into companies focused on the technology and technology-enabled sectors, a press release issued by the company said.

Warraich explained that the objective of Sarmayacar Ventures is to "invest in the future of Pakistan".

"We are excited about the emerging opportunities in the country, particularly in the venture space, underpinned by attractive demographics and a strong digitisation push across many segments of the economy," said Warraich.

He added that the company looks to combine its expertise with the "financial firepower" of the fund to "back the most promising entrepreneurs building the next iconic Pakistani companies."

The CEO expressed hope that more investors, both local and international, follow "these small initial steps" and direct more risk capital towards the budding entrepreneurial ecosystem of Pakistan.

International partner Dr Klemen described Pakistan as "one of the last remaining untapped markets of an attractive scale".

"The stage of development of the entrepreneurial ecosystem in Pakistan allows us to build bridges and bring learning and expertise from international ecosystems."

Sarmayacar aims to provide value-added capital to recipients by giving them access to a diverse and experienced base of investors and international domain experts led by former Electronic Arts board member Jan Bolz, Dr Klemen said, in order to support local talent in company building and mitigate the scarcity of "smart capital" in Pakistan.

The Pakistani developers are two of 30 startups that participated in the four months-long programme run by Google in Singapore.

Founded in 2010, we.R.Play boasts viral mobile games such as Run Sheeda Run and Lost Twins among its creations.


DreamNode, meanwhile, is an up and coming studio that aims to "create simple yet engaging mobile and tablet gaming apps".

The IGA is a programme that mentors and trains gaming startups from Pakistan, India, Malaysia, Vietnam, Indonesia, Philippines, Singapore and Thailand.

The programme comprises training workshops and clinics as well as mentoring and networking sessions. According to Google Developers, the IGA provides indie startups expert guidance in three areas:

State of play: Is videogame development on the rise in Pakistan?
With a target market of 2.3 billion gamers worldwide, new opportunities within game development have opened up locally.

Videogames stand as one of the most influential and largest consumed mediums present — with an approximate target market of over 2.3 billion gamers worldwide. It accounted for a global revenue of over $137.9 billion in 2018, up by 13.3% from the previous year.

According to unpublished IGDA Pakistan (International Game Developers Association) estimates, upto $25 million in revenue is earned locally across the industry each year; with more than 8,000 professionals associated with videogame development.

Yet, videogames, and in particular videogame development in the country, has always flown under the radar. But somewhere within these numbers lies Pakistan's modest gaming industry. This story is about that.

This generation, that had grown up on early PCs, NES, Sega, Atari and Commodores, soon found that it wasn't satisfied with being a mere consumer. It was clear to many of them that a new medium was rising, one where pixels and gameplay were telling a story, replacing the simple and unadorned use of moving images or words.

Initially, the concept of videogame development started off with 'modding' existing games.

Games like Counter-Strike and Unreal Tournament were being actively played in LAN (local area network) cafes, with easily accessible 'world editors' that one could use to modify and tinker levels and features. So it didn’t take long for the pioneering generation to get its hands on some of these modifying features, resulting in the occasional use of custom game maps based on familiar localities on old LANs, which were built by internet service provides or by private individuals.

The first few studios that popped up around the same time were Trango Interactive and Fork Particle in Islamabad, along with Wireframe Interactive in Lahore, that solely focused on small mobile games and indie PC titles.

The early bird catches the worm
Since the target market segmentation for indie gaming was not mature and crystalised enough — and videogame development studios located internationally were creating content of a much higher production value than the local development scene —the early birds found life tough.

To sustain themselves, they had to diversify their revenue streams and enter the world of the outsourcing servicing business model.

This led to some of the big AAA/AA publishers and mobile developers, such as Sega, THQ, Zynga, Pocket Gems, Disney Interactive, Eidos Interactive, etc. to send their outsourced projects, asset and content work to some of these studios; providing finances that allowed Pakistani studios to work on their own projects on the side as well.

Tomb Raider: Legend, Zynga Poker, Death Jr.2: Root of Evil and Afterburner: Black Falcon, all have hints of a Pakistani soul running through them.

Finances from outsourced projects helped Pakistani studios work on their own projects on the side.— Source: Mindstorm Studios
Moreover, it was during this time that Mindstorm studios were able to sign a contract with Codemasters, an internationally acclaimed game publisher and developer, that kickstarted development on Cricket Revolution, the first-ever videogame developed by Pakistan to land on Steam, an infrastructure for distributing and managing the installation and use of games.