Pakistan National Assembly has recently completed its 5-year term for the second time since 2008. A neutral interim government has assumed control to hold the general elections scheduled for July 25, 2018 to elect a new parliament. Media headlines about Pakistan are not good but the key trend-lines are definitely positive as the country continues its journey slowly but surely toward better democracy. While the party nomination processes for electoral candidates continue to be arbitrary, the protests erupting over party tickets are an indication of the rank and file members' yearning for internal democracy.  These complaints and protests will hopefully lead to internal reform in these parties and break the strangle-hold of their undemocratic, self-serving leaders and the "electables" who represent the status quo. 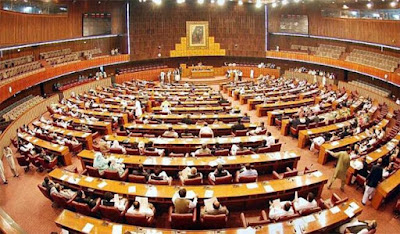 Electioneering in Pakistan is rarely about debating issues and offering solutions; it's more about personalities, families and identities. Political parties and politicians are rarely judged based on their capabilities, ideas and performance. The focus is on recruiting "electable" candidates with a known vote bank of their ethnicity and "biradri" (clan).

Pakistan's mainstream political parties continue to rely on the "electables" to win general elections. "Electables" are powerful, resourceful and wealthy, often land-owning individuals from certain families who have a greater chance of winning enough votes to get elected regardless of the party. Major political parties recruit them to run on their "tickets" as their nominees.  Winning more seats in the parliament helps parties form governments to gain control of the state's resources for the benefit of their leaders and their cronies. It is a good investment for the electables to be aligned with the party in power.

The preference for "electables" perpetuates the status quo and preserves the power of the privileged few. It denies the opportunity for new aspiring entrants to bring about any positive change.  It depresses new voter turnout and discourages wider participation in the political process.


Pakistan Elections Act 2017 passed by the National Assembly removed the requirements for key disclosures relating to the ownership of assets, income taxes paid or owed, bank loan defaults, foreign residency (iqama) and  educational qualifications of the candidates for national and provincial legislatures in the upcoming elections. This came in October 2017 after several members of the national parliament were caught lying and subsequently disqualified by the courts under Articles 62 and 63 of Pakistan's constitution. Those disqualified include top politicians like former Prime Minister Nawaz Sharif of the PMLN party and PTI leader and parliamentarian Jahangir Tareen.

The changes reducing disclosures were challenged in the courts and the Supreme Court ruled that all candidates have to file sworn financial declarations along with their nomination papers for the general elections in 2018.

The worst 1% of the Pakistan story gets 99% of the media coverage, says Lahore-based Pakistani entrepreneur Monis Rahman. In the same vein, former US President Bill Clinton has said this about the media coverage of the continent of Africa: "Follow the trend lines, not the headlines".

As the Pakistani and the global mainstream media continue to headline Pakistan's multiple challenges and dire forecasts, the trend-lines in the country continue to be positive.

Pakistan's difficult march toward better democracy is making steady progress. The country's National Assembly has recently completed its 5-year term for the second time since 2008. A neutral interim government has assumed control to hold the general elections scheduled for July 25 2018 to elect a new parliament.

Resilient people of Pakistan are overcoming multiple challenges stemming from the continuing war in Afghanistan and India's abiding hostility. Pakistanis are defying all the prophecies of doom and gloom and thriving against all odds. Pakistan's trillion dollar economy is among the top 25 largest in the world. Rising disposable incomes are reflected in Pakistan being the world's fastest growing retail market. The increasing share of income of the bottom 20% of households puts Pakistan among the less unequal countries in the world. Pakistan is indeed rising.

In more developed democracies like the United States, the party candidates for elections are chosen by rank and file voters belonging to each party, not the party leaders. Hillary Clinton had to win the votes of the Democratic Party's registered voters to become her party candidate for the senate seat in New York and later to become a presidential candidate in general elections. Similarly George W. Bush in Year 2000 and his brother Jeb Bush in Year 2016 had to contest primary elections for their nomination as Republican candidates. George W. Bush succeeded in 2000 primaries and general elections while his brother Jeb failed to win the party nomination in 2016.

Loud protests within Pakistan's political parties show lack of satisfaction of the rank and file members with the way the parties are being run by their leaders.  These complaints and protests will hopefully lead to reform within these parties and break the strangle-hold of the "electables" who represent the status quo.

Pakistani parliament has recently completed its 5-year term for the second time since 2008. A caretaker government has assumed control to hold the general elections scheduled for July 25 2018 to elect a new parliament. Headlines are not always good but the key trend-lines are definitely positive as the country continues its journey slowly but surely toward a better democracy. While the party nomination processes for electoral candidates continue to be arbitrary, the protests erupting within parties are an indication of their rank and file members' yearning for democracy within the political parties.  These complaints and protests will hopefully lead to internal reform in these parties and break the strangle-hold of the self-serving leaders and "electables" who represent the status quo.

Here's a discussion on the subject of democracy in Pakistan:

Pakistan: The Other 99% of the Pakistan Story


Rep. Joe Crowley, the fourth-highest Democrat in Congress, has served since 1999. That all ended tonight when his 28-year-old challenger, Alexandria Ocasio-Cortez, beat him in their primary for New York's 14th district.

This is a huge deal. And it's perhaps the biggest upset we've seen since David Brat beat then-House majority leader Eric Cantor in 2014. Crowley's defeat is the clearest example yet that the Democratic Party's progressive wing is only getting stronger under Trump.

Why it matters: This upset will have national implications for Democrats and it will force the party to renew their conversations about future party leadership. Just like we saw the strength of the Tea Party in 2014 with Cantor, progressives are starting to win their fight to reshape the Democratic Party in 2018.

Yesterday I watched a discussion on a tv channel on several constituencies in Punjab. Much of it focused on biradries like jats, gujars, Kashmiris and sadaats candidates and vote banks

I thought when people get educated they would be less prejudiced, but alas that is not true. Mere degrees don’t change values, prejudices and racism. In fact degree holders have bigger tools and weapons with which to carry out their bigotry!

A change in culture and values is a must. That requires constant grooming, training, reminding about being fair, respectful to all, and value merit when making decisions.

There is only one institution in Pakistan that has largely stayed away from such bigotry. The military. I admire the military for it. That is why you see military commanders have been of different backgrounds- Pathan, Punjabi, Urdu speaking, Etc.


How to Get Away With Murder in Small-Town #India? #bribe #vote #caste #politics #democracy #justice #misogyny

PEEPLI KHERA, India — On my last week in India, I went to say goodbye to Jahiruddin Mewati, the chief of a small village where I had made a dozen or so reporting trips.

Jahiruddin and I were not precisely friends, but we had spent many hours talking over the years, mostly about local politics. I found him entirely without scruples but candid. He suspected my motives but found me entertaining, in the way that a talking dog might be entertaining, without regard for the particulars of what I said.

Jahiruddin, though uneducated, was an adept politician, fresh from winning a hard-fought local election. During our conversations, he would often break into rousing, patriotic speeches about truth and justice, thumping the plastic table in emphasis and making it jump. The effect was somewhat tarnished by his Tourette’s syndrome, which caused him to interject the word “penis” at regular intervals.

He was frank about the dirty aspects of his job. He occupied a post reserved for women from lower castes, but no one pretended this was any more than a sham; his wife’s name appeared on the ballot, but the face on the poster was his.

Nearly everything he did in local government was transactional, driven by the desire to secure the votes of minuscule family and caste groups. The funny thing was, it seemed to be working pretty well.

Geeta’s husband — a slight man named Mukesh — stood above Geeta, who was slumped on the side of a rope cot, and brought the stick down on her head several more times. She died on the spot.

What bothered Anjum, she said, was that the police had been contacted about the killing but almost immediately closed their investigation, releasing Mukesh after a few hours.


This was not because he (Jaheeruddin Mewati) believed that Geeta deserved to die or that her husband deserved to escape punishment. It was something more practical. Mukesh’s extended family controlled 150 votes; Jahiruddin had won his last election by 91. A murder case would have been a blot on their caste, and by brokering the cover-up, he had performed a particularly valuable service to a key vote bank. It might help him win re-election someday.

“Follow the trend lines, not the headlines," said President Clinton.

Good news about what is going right in the world is hard sell today.
But look at the trend lines; more than a billion people have been lifted out of extreme poverty since 1990. We have dramatically reduced people dying of tuberculosis and malaria on all continents. Infant mortality is going down.

The media once deemed flight, both in air and space, impossible or an act of egotism. Perhaps most infamously, the New York Times predicted that airplanes would take one to ten million years to develop. Merely nine weeks later, the Wright Brothers achieved manned flight. The pathologically cynical always will find a reason to complain.
https://www.nytimes.com/1903/10/09/archives/flying-machines-which-do-not-fly.html