A Tale of Pakistani-American Victim of Coronavirus in Silicon Valley

I have just learned that a close Pakistani-American friend of mine in Silicon Valley is recovering from the disease caused by COVID-19. He’s a 66 years old man. His age and gender put him in a relatively high-risk category for coronavirus infection. When he took his elderly mother to a local emergency room in early March, he had only one face mask which he gave to her. He thinks he may have been infected in the emergency room or during one of his multiple visits to two family members in local hospitals in the weeks leading up to his illness.  He is a man of deep faith. He bathed as required for ihram, the ritual Islamic purification during pilgrimage to Mecca, before going to the hospital. He said he was mentally prepared to die even before getting confirmation of his illness from the novel coronavirus. 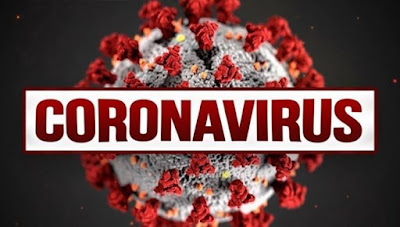 He was driven by one of his daughters to a hospital after experiencing high fever, shortness of breath and severe headache just over a week ago. He took a shower before going to the hospital which brought his fever down by the time he got to the hospital. He was directed to a tent set up in the hospital parking lot for coronavirus testing. They checked his temperature and, at first, refused the test because his fever had come down. But then they relented and tested him. They took three samples of genetic material with long swabs inserted deep inside his throat and both nostrils. It was not at all a pleasant experience. He was the eighth person tested on that day.

A day after the COVID19 test my friend got a call to confirm that he had tested positive. His doctor asked him to isolate himself in a room at his home separate from his family. The doctor also told him to drink a lot of fluids, monitor his blood oxygen level and to come to the hospital immediately if the oxygen level dropped below 90%. It did go to 91% briefly but then came back up. He was miserable but his faith kept him going.  He took deep breaths to keep his blood oxygen level above 90%. Lying on his stomach also helped reduce pressure on his lungs.

All members of his household were also quarantined within the house. Unable to leave home, they soon discovered that Instacart, Amazon Fresh and other grocery delivery services did not work for them. These companies were overwhelmed with massive orders volume. He and his family did not call me for help. One of his cousins delivered food and groceries the family needed.

Many of his friends and relatives started calling him the moment they found out he was ill. There were so many calls that he had to turn off his phone. He even missed important calls from his doctor because his phone was turned off.

His fever finally broke yesterday. It is now normal at 98 degrees but his doctor and the city of Fremont have asked him to continue his quarantine for another week. They say the period he’s been in quarantine doesn’t count because he took Tylenol. He's supposed to be symptom-free without any medication for 72 hours before ending his isolation.

He indeed is man of faith!

May Allah give him full recovery. Ameen.

It can happen to any of us. And we may not be as lucky.

He is Lucky at in All means.ALLAH bless him.

In the interest of time, I'm simply copying and pasting my Facebook entry about my father. Will update this properly later. Just want to add, however, that Parkinson's was the first indignity for my father. It robbed this vibrant man of so much over the years. The research and fight for a cure needs to continue. Any contributions in his name will be very much appreciated.


Inna lillahi wa inna ilahi rajioun
We belong to Allah and to Him we shall return.

My father passed away this morning. Our hearts are shattered. I wish I could have held him at the end, I wish he could have heard our voices. I can only pray that Allah SWT blanketed him in His mercy and grants him comfort in Jannah.

My dad was outspoken but honest, a bit gruff but kind, tough as nails but, when it came to his family, he was a teddy bear. He devoted himself to his family and to his community. He sacrificed everything for us.

I leave you with a letter I quickly drafted and included in a care package we sent to my dad when he was admitted to the hospital last Monday night. Even these words don't sufficiently capture the man Shafqat Khan was but I hope, for now, it gives you a snapshot of what our family, our city, and the world has lost.

To whoever is reading this note:
Thank you for taking care of my father, Shafqat Khan. He’s an almost 40-year Jersey City resident. He doesn’t currently have his phone, so we’ve transferred his number to this older phone we had at home. He can’t currently talk (we think this is due to Covid) but we’d love if he could occasionally call us, if he’s able, to hear our voices, and know that we are here, praying for him and waiting for him to heal. I’ve inputted our contact information—with relationship to him in parentheses—so we’ll be easy to find.
He’s also a Muslim, so I’m sending along a prayer book (it’s my kids’, but the only thing of religious relevance I could find in my panic). Please, please, if you could put this by his head, we’d be forever grateful.
My father is a proud man, a man of honor and integrity. He’s an intellectual. He sacrificed everything to raise me and my two brothers. After years of working tirelessly for us, he became a community organizer, who strove to give Pakistanis and Muslims a voice and a platform and worked post-9/11 to create dialogue between Jersey City’s diverse populations.
He may seem big and intimidating but know that he’s a softy. He was known to dissolve into tears when one of us got a scrape or a bump and go into a panic if we ever got sick. He never let my brothers learn how to ride a bicycle, because he didn’t want them to get hurt. He’s a voracious reader, who read just about anything he could get his hands on. He’s the best storyteller I know—and I have a high bar, as I work in book publishing!
He was diagnosed with Parkinson’s 10 years ago and we’ve all lost a lot to this disease. Over these years, I’ve had a lot of time to think about his mortality. I always believed we’d be with him when he eventually passed. Not once did I think that we wouldn’t be by his side.
Please, if things don’t go the way we hope, let him know that his wife loves him and is taking so much comfort in prayer, that all she wants is for him to come back home again. Let him know that his daughter and sons are everything they are today because of what he gave us. That his grandchildren love their Abbu, their Dhaddha, their Grandpa. That none of us would be here without him. He’s forever our hero.
And, please, if you can, please make sure he’s not alone. He absolutely hates being at the hospital without us (remember, he’s a softy).
I pray that he can find calm and peace during this storm, no matter the outcome.
Please stay safe and thank you, once again, for being the best of us.
Love,
Sabila Khan and the rest of the Khan family