How Does US Centcom See Saudi Arabia?

Popular Muslim American comedian Hasan Minhaj has come across a troubling US Central Command document that describes Saudis as having "Negro blood" in their ancestry. Minhaj recently talked about it in his Netflix Series "Patriot Act". 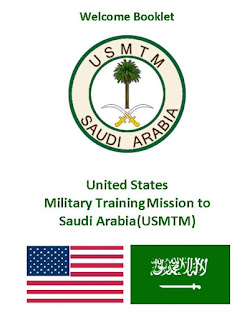 The welcome booklet for US military personnel joining a US mission to train Saudi troops in the Kingdom of Saudi Arabia (KSA) as recently as June 2018 read as follows: “The population of [Saudi Arabia] is mainly composed of descendants of indigenous tribes that have inhabited the peninsula since prehistoric times with some later mixture of Negro blood from slaves imported from Africa."

"Suddenly, America's marriage of convenience with Saudi Arabia is starting to feel outdated. How outdated? Our military has been working in Saudi Arabia for decades. And if you are sent on a training mission in Saudi Arabia, this is the official military document you get. It describes the Saudi people as indigenous tribes with some later mixture of Negro blood from slaves imported from Africa. Oh, America, even in boring technical manuals, you still somehow managed to be racist.This [expletive] is still on the Internet, you guys. But Hasan, you know, it was probably written a while ago. Really? It was updated June 2018. But Hasan, these things are like an iTunes user agreement. It's probably at the bottom. Oh, no. It's Chapter 1, Page 5. OK, but is Negro still a bad word - dictionary.com, offensive".

Minhaj's highlighting of the offensive language resulted in prompt removal it from the Centcom website. “We regret that inappropriate material was posted to our website without a more fulsome review and apologize to anyone who took offense,” said CENTCOM spokesman Capt. Bill Urban in a statement, per military newspaper Stars and Stripes. “We removed the document as soon as we were notified of the content, and it was returned to the originating office for revision.”

Did the West Sow the Seeds of ISIS?

US Invasion of Iraq

Straight Talk by Gates on Pakistan

What If Musharraf Had Said No to US After 911?

Who Are the Haqqanis?

Creation of the State of Israel