With an unbeaten 73 in a record 10th wicket partnership of 103 against New Zealand, Pakistani tail-end batsman Mohammed Aamer's performance with Saeed Ajmal was nothing short of awe-inspiring. After the rest of the Pakistani batting collapsed in chasing a paltry total of only 212 runs, Aamer and Ajmal put on a fierce fight, almost clinching the series. 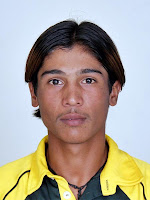 In his impeccable batting that featured three huge sixes and seven confident fours, 17-year-old Aamer put his senior team-mates to shame and showed the way for Pakistani youngsters to never give up----in play or in real life. It is an absolute confidence booster for a nation that really needs it in this difficult hour.

In the end, the first ball of the final over, bowled by Jacob Oram, finally provided New Zealand's salvation as Aamer's partner Ajmal top-edged his pull to allow Mills, running in from fine leg, to take a good catch. With it, Pakistan lost the final game by a mere 7 runs, and lost the series 2-1.

Regardless of the outcome, this was probably the finest, most energetic performance I have seen by Pakistan's tail-enders playing under pressure. The mostly Pakistani crowd was clearly enjoying every minute of it toward the end. Let's hope this week-end's 20-20 matches offer more excitement leading to Pakistani wins under Shahid Afridi's leadership.

Are Indians Rooting for Pakistan?
Posted by Riaz Haq at 5:11 PM