Who killed Sabeen Mahmud? What do NA-246 Results prove? Yemen

Who killed T2F’s director Sabeen Mahmud? ISI? Indian agents? Religious Extremists? Baloch insurgents? What is its impact on the future of Chinese potential investment in Pakistan? 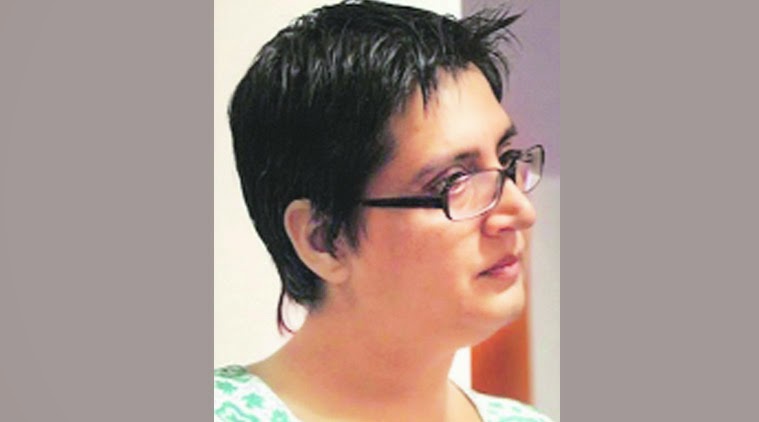 What does MQM’s landslide victory in NA-246 elections prove? Does it show that MQM has maintained its vote bank?

What’s happening in Yemen? Are the Saudis realizing their mistakes?


Who killed Sabeen Mahmud- What do NA-246... by faizan-maqsood

How Strategic Are China-Pakistan Ties?

More than a dozen prominent Washington research groups have received tens of millions of dollars from foreign governments in recent years while pushing United States government officials to adopt policies that often reflect the donors’ priorities, an investigation by The New York Times has found.

The money is increasingly transforming the once-staid think-tank world into a muscular arm of foreign governments’ lobbying in Washington. And it has set off troubling questions about intellectual freedom: Some scholars say they have been pressured to reach conclusions friendly to the government financing the research.

The think tanks do not disclose the terms of the agreements they have reached with foreign governments. And they have not registered with the United States government as representatives of the donor countries, an omission that appears, in some cases, to be a violation of federal law, according to several legal specialists who examined the agreements at the request of The Times.

As a result, policy makers who rely on think tanks are often unaware of the role of foreign governments in funding the research.

Joseph Sandler, a lawyer and expert on the statute that governs Americans lobbying for foreign governments, said the arrangements between the countries and think tanks “opened a whole new window into an aspect of the influence-buying in Washington that has not previously been exposed.”

“It is particularly egregious because with a law firm or lobbying firm, you expect them to be an advocate,” Mr. Sandler added. “Think tanks have this patina of academic neutrality and objectivity, and that is being compromised.”

The arrangements involve Washington’s most influential think tanks, including the Brookings Institution, the Center for Strategic and International Studies, and the Atlantic Council. Each is a major recipient of overseas funds, producing policy papers, hosting forums and organizing private briefings for senior United States government officials that typically align with the foreign governments’ agendas.

Most of the money comes from countries in Europe, the Middle East and elsewhere in Asia, particularly the oil-producing nations of the United Arab Emirates, Qatar and Norway, and takes many forms. The United Arab Emirates, a major supporter of the Center for Strategic and International Studies, quietly provided a donation of more than $1 million to help build the center’s gleaming new glass and steel headquarters not far from the White House. Qatar, the small but wealthy Middle East nation, agreed last year to make a $14.8 million, four-year donation to Brookings, which has helped fund a Brookings affiliate in Qatar and a project on United States relations with the Islamic world.

A year or so before Ajit Doval became national security adviser, he famously warned Pakistan that a repeat of the Mumbai 26/11attack could lead to Pakistan losing Balochistan. The Doval Doctrine – as it has now come to be known – involves what he calls a “defensive-offensive” strategy where India’s security establishment acquires a sub-conventional secondstrike capability, to be wielded as and when needed.
The Pakistan military establishment is aware that Balochistan is a natural weakness India could exploit with telling impact. In May last year, the Pakistan army’s media machinery all but accused India of fermenting secessionism there.
But here lies the twist. China – as part of the China-Pakistan Economic Corridor (CPEC) – sees the Balochistan port of Gwadar as an integral part of its One Belt, One Road (OBOR) initiative. Indeed, as former foreign secretary Shyam Saran recently wrote, Gwadar is significant precisely because it is where China’s Maritime Silk Route (“the Road”) meets its Eurasian landbased connectivity project (“the Belt”).
The geopolitical significance of Gwadar to China makes any Indian subconventional response in Balochistan exceedingly complicated. The reality is that the same Balochi rebels who want to secede from Pakistan have also opposed Chinese activities.
This was evident last March when Balochi rebels set fire to five oil tankers servicing a Chinese company. However, it is likely that unrest in that region, organic or manipulated, that hurts Chinese interests could be viewed by Beijing (or could be sold to them), as Indian provocation.
It is also inconceivable that China would sit idle if the separatists, allegedly backed by India, move from being a mere nuisance and acquire the potential to seriously jeopardise their prize – Gwadar – of the $46 billion CPEC investment. China could initiate and enhance its support for militants in the Indian northeast, or worse, encourage and abet Pakistan’s proxy warriors.
Meanwhile, an assertive US AsiaPacific re-balance in the region – in response to China’s naval activism in the South China Sea – is likely to ensure greater US control of the Malacca Strait in order to deter the Chinese from revising marine territorial borders.
China, therefore, seeks alternative routes for its energy supply and goods, which would connect the Strait of Hormuz to a port in the Arabian Sea, along with better land connectivity through the Eurasian landmass.
Even as these new realities reshape multiple arrangements in the region, the challenge for India is to ensure that Balochistan does not transform from being Pakistan’s quagmire to another thorn in the Sino-Indian relationship. India must wean China away from the Gwadar port, and CPEC in general, by offering credible alternatives.
India could fast track its commitment to the Bangladesh-China-India-Myanmar (BCIM) corridor and invite the Chinese to set up a land connectivity corridor from Kolkata to Gandhinagar, passing through Mumbai. It should also offer to partner with the Chinese to refurbish the NH-6 linking Kolkata to Mumbai.
Finally, it should get the Chinese on-board the Sagarmala initiative, and allow the Chinese to co-develop a port off the coast of Gujarat, which would link up with the Indian-Chinese land connectivity corridor running roughly parallel to the Tropic of Cancer. The financial model for this land initiative could be along the lines of what has been proposed for the Delhi-Mumbai Industrial Corridor in collaboration with Japan, and implemented through the China-led Asian Infrastructure Investment Bank in which India is the second-largest shareholder.

I think Pakistan currently has the upper hand in both corridor diplomacy and proxy wars in the region, particularly since 2014 when Pakistan Army started acting forcefully against India's proxies, the TTP and the Baloch insurgents.

I expect India to continue to counter Pakistan in both more forcefully as CPEC nears reality.

Stephen Kinzer, author of "The (John Foster and Allan Dulles) Brothers", says the brothers preferred " open society" in foreign lands because is "very easy for covert operatives to penetrate that society and corrupt it".

Actually, one of the people who happened to be in Guatemala at the time of the coup there was the young Argentine physician Che Guevara. Later on, Che Guevara made his way to Mexico and met Fidel Castro. Castro asked him, "What happened in Guatemala?" He was fascinated; they spent long hours talking about it, and Che Guevara reported to him ... "The CIA was able to succeed because this was an open society." It was at that moment that they decided, "If we take over in Cuba, we can't allow democracy. We have to have a dictatorship. No free press, no independent organizations, because otherwise the CIA will come in and overthrow us." In fact, Castro made a speech after taking power with [Guatemalan President Jacobo] Árbenz sitting right next to him and said, "Cuba will not be like Guatemala."

#Pakistan to Shut Down @georgesoros' #Opensociety Foundation Along With 28 Other #NGO Groups. Soros gave away $37 million to various groups to promote "open society". #Espionage read more:

Pakistan has told at least 10 foreign-funded aid groups to close, an umbrella agency said on Wednesday, including a charity founded by hedge fund billionaire and philanthropist George Soros, the group said.

Pakistan has toughened its stance towards domestic and international non-governmental groups in recent years, accusing some of using their work as a cover for espionage.

In January, it ordered about a dozen groups working on women’s issues and human rights to halt their operations.

A representative of the Pakistan Humanitarian Forum (PHF), which represents 63 international aid groups, said the Ministry of Interior had issued 10 of its members “letters of rejection”, meaning their applications to register had been rejected.
read more: https://www.haaretz.com/world-news/1.828930

“We obviously find what has happened both disappointing and surprising, and are urgently seeking clarification,” the executive director of the Open Society’s Pakistani office, Saba Khattak, said in a statement.

The group had spent $37 million on grants and relief assistance in Pakistan since 2005, she said.

The interior ministry did not respond to requests for comment.

However, the ministry, in a letter to one of the 10 groups and seen by Reuters, said its registration application had been denied.

“Wind up operations/activities of above said INGO within 60 days,” the ministry said in the letter.

It did give a reason why the group had to stop its work.

The ministry lists 139 international non-governmental organizations (INGO) on its website that have submitted registration applications, of which 72 are still being processed.

There is no list of those whose applications have been denied.

“During the lengthy INGO registration process we provided all the information and documents required and are confident we comply with all necessary rules and regulations,” ActionAid country director Iftikhar Nizami said in a statement.
read more: https://www.haaretz.com/world-news/1.828930

This year, medical charity Medecins Sans Frontieres was ordered to stop work at three facilities in violence-plagued ethnic Pashtun areas bordering Afghanistan, although the interior ministry lists the group as an approved INGO.

The Save the Children aid group fell afoul of the government in 2011, when it was linked to a Pakistani doctor recruited by the CIA to help in the hunt that led to the killing of al Qaeda militant leader Osama bin Laden in the town of Abbottabad.

Save the Children’s foreign staff were expelled from Pakistan soon after the accusations surfaced, but more than 1,000 local staff continued to operate.

The charity denied any links with the doctor or the CIA.
read more: https://www.haaretz.com/world-news/1.828930