Congrats to all Pakistani and Cricket fans around the world.

Pakistan batted first, setting a target of 303 runs for India to win. India were all out for 248 runs. 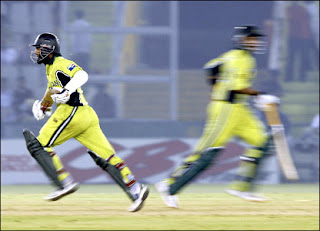 India put up a good fight but it just wasn't enough for the day. 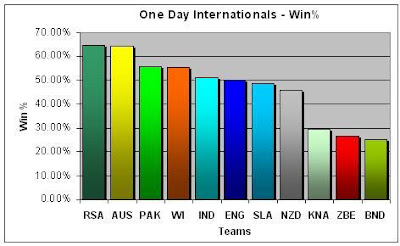 With two wins from the two matches under its belt, Pakistan now leads the group A table, followed by Australia, India and West Indies in that order. Pakistan will play Australia in its final group A match on Wednesday Sept 30, 2009 at Centurion in South Africa. It will be nice if Pakistan remain unbeaten in their group matches. But, regardless of a win or loss against Australia, Pakistan is now virtually assured of a semi-final spot for this ICC Champions Trophy in South Africa.