The Prophet I Know. 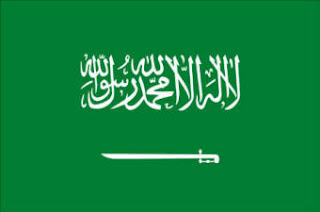 As the Muslim world celebrates the birthday of Prophet Muhammad (Peace Be Upon Him) today, it's important to remember his teachings and the life he lived to learn how to deal with the serious crises Muslims face today. Here is how I remember the Prophet I know from my reading about his life:

Secular Education:
The Prophet I know instructed Muslims to "go as far as China to seek knowledge". It was clear at the time that China was not a Muslim nation. It is therefore safe to conclude that the Prophet encouraged all necessary efforts to seek all knowledge including secular education.

Faith and Reason:
The Prophet I know brought the Holy Quran to humanity, the Book that repeatedly and emphatically challenges readers to "Think" and "Ponder" for themselves. This is the best proof that Islam wants Muslims to embrace and reconcile faith and reason. It was this teaching that brought greatness to Muslims in seventh through thirteenth centuries following the death of Prophet Muhammad.

Brevity:
The Prophet I know spoke softly and briefly. His last khutbah was a mere 430 words lasting a few minutes. He did not make long, fiery speeches.

Response to provocation:
The Prophet I know responded to abuse by prayer. When the people of Taif threw rocks at him, he responded by praying to Allah to give guidance to those who abused him.

Respect for Life:
The Prophet I know brought the Holy Quran, the Book that equates " unjust killing of one person" with "the killing the entire humanity". It commands respect for life.

It is more important than ever for Muslims to make a serious effort to understand what Prophet Muhammad (PBUH) stood for and how he lived his life. The issues of education, faith, reason and compassion need to be understood in the light of the Quran, the Sunnah and the Hadith. It is this understanding that will help guide the Ummah out of the deep crisis it finds itself in.
Posted by Riaz Haq at 4:21 PM

Here's an Economist report on the battle for control of IslamOnline website:

IslamOnline’s mostly Egyptian staff has been wrestling for control of the website with its Qatari owner, the al-Balagh Cultural Society, which is based in Doha, Qatar’s capital, and wants to cut jobs in Cairo and move some of its editorial offices back home. The Cairo staff claim that this is a ploy to take the website in a more conservative direction. The managers in Doha counter that IslamOnline has become too parochially Egyptian and has been straying from its mission to reach out to all Muslims.

But this labour dispute also reflects an Arab cold war that pits Egypt against more radical states. Qatari-owned media such as al-Jazeera and IslamOnline have relentlessly criticised Egypt in recent years, notably for its complicity in Israel’s blockade of Gaza. Some suspect that toning down IslamOnline’s news coverage by reining in its staff, some of whom are close to the Muslim Brothers, who in turn are close to the Islamist Hamas movement that controls Gaza, is a Qatari gesture to Egypt’s government. Others point to longstanding rivalry between Saudis and Qataris, who, it is mooted, may be eager to reduce the influence of a Saudi company that has been helping to run the Cairo website.

IslamOnline began in 1997 as a student project at the University of Qatar with cash from Sheikha Mozah, an enterprising wife of Qatar’s emir, and with an endorsement from the prominent and sometimes controversial Egyptian-born scholar, Yusuf al-Qaradawi. At IslamOnline’s launch, speaking on his extremely popular al-Jazeera religious talk-show, “Sharia and Life”, Mr Qaradawi said its mission to guide Muslims is “the jihad of our era.”

On the whole, this jihad has been a soft one. IslamOnline has to some extent been a lifestyle publication, focusing on how to mix modern life and religion. It offers religious advice without fire and brimstone, tackling sensitive topics such as sexuality conservatively but straightforwardly. Bettina Graf, who writes about the media in the Muslim world, calls it “moralist-conservative and missionary, though not dogmatic.” But it was also, in the words of Khaled Hamza, a reform-minded Muslim Brother, a place were “great intellectual battles” were waged over the future of Islamism, mostly influenced by Mr Qaradawi’s wasatiyyah (centrist) current.

Mr Qaradawi, 84, is sometimes said to be the most influential living Sunni Muslim scholar. He has stirred controversy in the West for endorsing suicide bombings in certain circumstances and for his homophobic views, and has been banned from Britain and the United States. For siding with his Egyptian compatriots against the Qatari management, he has lost his chairmanship of al-Balagh. Some see this as a fall from grace, and wonder if Qatar, which has hosted him for most of his adult life, will now freeze him out. His ideas, notably for tackling Sunni angst over the erosion of traditional religious authority and his attempt to counter millennial strands of Islamism with a conservative reformism, may have lost a resounding voice if he is now kept off IslamOnline.

Are Islam and democracy compatible?

Yes, of course. Islam favors democratic societies. In the West, they have created democracies, which may have their shortcomings, but where people listen to one another, tolerate each other's opinions, and engage in dialogue. The majority opinion is made into law, and these laws can be criticized, debated freely, and amended based on people's beliefs.

There is furor in Pakistan over the blasphemy laws. What does the Quran say about punishing those who are proven to have committed blasphemy?

There is no punishment prescribed for blasphemy in the Quran or in the sayings of the Holy Prophet (peace be upon him). Some clerics cite the case of Ibn Akhtar, but they misinterpret that incident and make it about blasphemy. Man can make laws, and these should not be misused to unfairly target or victimize anyone. Islam specifically says that taking the life of an individual is tantamount to taking the life of all humanity. It is a crime. It is wrong. Allah says true Muslims are those in whose hands others are safe.
---
Do you feel Pakistan can contain the extremist threat?

Let's start by not losing hope. We can contain it if we unite. There needs to be a new movement, by educated people, who can put pressure on the government so that, for one, education returns to being the responsibility of the state. Otherwise, this cancer of extremism will continue to spread. Pakistan has over 12,000 madrassahs with more than 2 million students. The countless clerics at these schools have immense sway, they have formed communities around themselves and they have weapons. And when power comes into the hands of such people—when we give them that power—you get what we have happening right now. There is nothing in the Quran or the Prophet's (peace be upon him) sayings to justify what the extremists are doing. We need to enter the playing field and correct this, and turn their arguments on their head. I have challenged them on every occasion for the past five years or so, and told them what they are saying is incorrect. They can only stay silent in return. Even in the matter of blasphemy they could not refute me, but I feel I am alone in this.
--------
So how do we change things?

People need to understand Islam themselves, there is no other way. We need to understand the religion and launch a movement to reform society. In the West, there was a reformation movement which needs to be replicated in the East. There is strength in our arguments. You can reason with these people if you reason strongly and with facts. Islam was initially spread by a handful of people. This is how you will get success and nobody will be able to refute it. The media has a lot of power and must use this power positively, spreading the message from house to house. But the reality is that we are not ready to take up this cause. The secularists and the elite are not ready to take this up, they are not ready to talk and engage especially about beliefs.

What role do you see religious scholars playing to improve our society?

They, like doctors and engineers, are experts in their field. Their role is not to pick up guns, but to argue with facts and to present their arguments logically and calmly. Their role is not to threaten or to preach in a hostile or forceful manner in the streets, but to inform and show people the right Islam. The unfortunate reality here is that those who claim to be adherents of Allah's word are actually quite unfamiliar with the faith.