India's Tata Motors Ltd has agreed to acquire Jaguar and Land Rover, the well known international luxury brand names. The price tag of $2.3 billion represents a real bargain at a fraction of what Ford paid to buy these brands a few years ago. The Wall Street Journal reports that the deal, expected to be made final with regulators sometime during the second quarter, capped off months of discussions between the parties and much speculation among investors about the fate of the brands in the sale. The process began last June when the U.S. auto maker hired Goldman Sachs Group and Morgan Stanley to run an auction of the two units, part of its Premier Automotive Group. 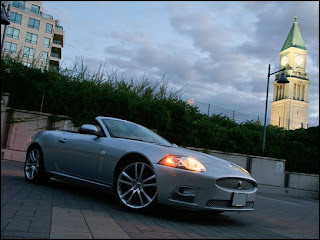 While this high-profile deal by an Indian company is making headlines around the world, the data shows that Indian companies have been on a global shopping spree for a several years. The number of Indian companies that are investing abroad has been steadily growing ever since the Tata Group successfully acquired UK's Tetley Tea for $430 million four years ago. According to KPMG, Indian companies shelled out $1.7 billion in the first eight months of 2005 for acquiring 62 overseas companies. While the IT sector, banking and financial services and pharmaceutical companies have been the most active in M&A deals, increasingly other sectors too are getting in on the act. If the small and mid-sized Indian companies too go in for acquisition deals - in the $1 million range - this could give a tremendous boost to India's manufacturing sector, D.V. Venkatagiri wrote in late 2005.

The acquisition binge further intensified with Tata Steel's $13.6 billion takeover in 2007 of Corus, the British steel company. The Aditya Birla group made a $6 billion bid to buy Novelis, a Canadian aluminum company, and Suzlon, a wind-power company, offered $1.6 billion for REpower, a German turbine maker. Ranbaxy, one of India's top pharmaceutical companies, which has spent $500 million acquiring 14 companies abroad since 2004, joined the bidding for the generics business of Merck, a German pharmaceutical company, at about $5 billion. Then Reliance Industries, one of India's two largest groups, was reportedly in talks with three U.S. companies - Dow Chemical, Chevron and GE and two European retailers, Carrefour and Sainsbury, about possible deals. There has been so much foreign acquisition talk by Indian companies it seemed as if herd instinct had replaced financial caution, reports Forbes magazine.

Both Tata and Birla are cushioned by substantial internal cash reserves that will enable them to cover debt taken on with the acquisitions, says Nimesh Kampani, chairman and managing director of JM Financial, a leading Indian investment bank. Kampani says companies that aren't part of large diversified groups, such as Ranbaxy or Suzlon, "have to be much more careful in foreign acquisitions."

Still, the pressure on these and other Indian companies to go global will continue. In 2007, 34 foreign acquisitions totaling $10.4 billion were reported by Indian companies as completed or pending, according to Dealogic, a British research firm. That is almost half of the $23.1 billion total for all of last year.

Indian companies have two targets abroad: businesses that enable them to grow beyond India and become globally competitive, and those that add value in terms of markets, brands, technology or raw materials. In the first category, globalization is forcing companies to choose what to do because they could be vulnerable to foreign takeover bids in a market downturn.

"Scale is a key competitive weapon," says Rajeev Gupta, Indian managing director of Carlyle, a U.S. private-equity firm. "You have to have scale working for you, and that will lead some companies to sell and some to buy. All the top family companies are clear that they have to make choices."

Three senior group executives at India's Tata Sons have resigned, people close to the matter told Reuters on Saturday, as management woes appeared to deepen at the $100 billion conglomerate following the stunning ouster of its chairman.

The three executives were members of an executive council disbanded after Tata dismissed chairman Cyrus Mistry on Monday. The council, comprising five senior Tata group executives and Mistry, was tasked with creating long-term value for stakeholders and boosting returns on investment.

Reuters could not reach any of the three for comment. Tata did not respond to an e-mail request for comment on Saturday.

Reuters reported earlier this week that the other two council executives, Mukund Rajan and Harish Bhat, would take on senior level responsibilities within the Tata group.

One person close to Tata said there was no certainty all the positions would be re-filled as the group's structure is likely to change with Mistry's exit. Another person, however, said replacements could be named as early as next week, though there was no management crisis as each Tata company has its own team of public affairs and business development executives.

But some governance experts say the resignations of senior executives risk increasing the sense of uncertainty at Tata.

"In the short term, obviously there'll be some disruption at the group level" said Shriram Subramanian of InGovern, a shareholder advocacy group. "People leaving at senior levels shows there's a lack of confidence between the two sides, and that needs to be reinstated at the earliest to contain any longer-term damage."

In a leaked letter to the Tata board, Mistry has said he was opposed to Tata's aviation partnerships with Malaysia's AirAsia Bhd and Singapore Airlines.

In the case of Air Asia, a forensic investigation had found "fraudulent transactions" of 220 million rupees ($3.29 million) involving "non-existent parties", he alleged.

That prepared the ground for a "probe into the allegation of mismanagement of funds," said an official at the national Enforcement Directorate, on condition of anonymity.

The agency was not immediately available to comment. Tata did not respond to Reuters questions on this matter. An AirAsia India spokeswoman said she had no immediate comment.