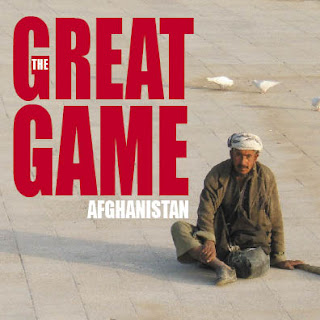 What is the history of Afghanistan-Pakistan relations? Did it begin only in 1980s with the Soviet invasion of Afghanistan? Or the creation of the Taliban by Pakistan in the 1990s? Why did this relationship start off on the wrong foot back in 1947 when Pakistan was created? Why did Afghanistan cast the only vote opposing the admission to the United Nations of the newly independent state of Pakistan in 1947? What was the Pakhtoonistan movement and what was Afghanistan's and India's role in it? Are there fresh attempts by India to revive the Pakhtoonistan movement? How does this impact the situation in Afghanistan? Is there second Great Game being played, this time between India and Pakistan as pointed out by Steve Coll in his latest book "Directorate S"? How will this game end?

India's Role in Afghanistan and Pakistan

It is a single word that outsiders commonly use to refer to nationals of Afghanistan. Its formal placement on the country's long-planned electronic identity card, however, has inspired a hashtag and arguments that reflect a national divide: #IAmNotAfghan.

President Ashraf Ghani and First Lady Rula Ghani became the first citizens to apply for the new card last week. But the proposed use of the word Afghan on its face may scupper the entire multi-million dollar project.

"I am from Afghanistan, but I am not Afghan," Aslam Niazy, a young citizen from Jowzjan province, wrote in a Facebook post, in three different national languages, on Monday. His post ignited a debate about ethnicity and identity among his friends on the social network, which has since spread across the country, reflecting a schism that continues to threaten Afghanistan’s unity.

Despite its initially apparent accuracy, members of minority ethnic groups equate "Afghan" as a synonymous and historic reference of Pashtun ethnicity, a group that makes up more than a third of the population.

"Those who oppose consider that the word Afghan is a reference to one community of Afghanistan and so cannot represent the identity of all citizens," said Ghulam Ali Danishgar, a sociologist in the capital Kabul. "However, geographically we are Afghans."

Across the world, citizens of Afghanistan are also largely and commonly referred to as Afghans. The nation's full name - The Islamic Republic of Afghanistan - also appears along the top of the card.

Although the country is riven by suicide attacks from the Taliban and ISIL insurgents the cards were primarily devised to help provide better access to public services rather than as a means to improve security.

Known locally as eTazkira, a reference to the existing paper identity document - needed to get water, electricity, education or housing - the electronic card's introduction has been delayed for years because of ethnic sensitivities.

"It's not just about the word, but about the appeasement of the Pashtun nationalists' groups," says Tahir Qadiry, head of Mitra TV and a senior adviser to Atta Noor, the recently ousted governor of Balkh province, who is an ethnic Tajik and opponent of the identity card scheme.

"Even though Ghani is a Pashtun himself, he has always showed himself to be democratic and not a nationalist. But now when he finds himself losing the Pashtun support, he is using the politics of identity to regain the Pashtun majority," added Mr Qadiry.

Other opponents include the infamous warlord Abdul Rashid Dostum, who despite reputedly being in exile in Turkey retains the title of vice president, and Mohammad Mohaqeq, another anti-Soviet era fighter turned politician. Both them and Noor are planning to boycott the identity card scheme in their constituencies.

And Afghanistan's chief executive Dr Abdullah Abdullah, while not outright critical of the new cards, had called on the government to postpone the launch, pending further consultation.

There is also a broader political interest as the cards should help reduce voter fraud which is rampant in elections. The election commission lacks accurate data and fair voting and ballot counting is a subject of regular dispute, with "ghost votes" a major problem. The electronic cards would also help create a census; the last full one was in 1979 and several attempts since have fallen short.

In an attempt to avoid discord it was proposed near the end of 2017 that the ethnicity of the cardholder would be featured alongside the nationality reference. However, that amendment was also opposed and rejected by several parliamentarians.

Overall imports in #Afghanistan are declining since 2014, due to economic slowdown after enormous reduction in foreign troops, a sharp decline in international aid, and uncertainty about the post-2014 future of the country. #Pakistan #India #US #trade

The trade figures for the year 2016 continue recent trends in Afghanistan’s exports and imports. Imports have been in decline since 2014, due to a slowdown in economic activity following the enormous reduction in international troops, a sharp decline in international aid, and uncertainty about the post-2014 future of the country.

More broadly, Afghanistan witnessed significant achievements last year in terms of regional integration, economic cooperation, and infrastructure development. In May, Afghanistan, Iran, and India signed the Chabahar port agreement. The arrival of first freight train in Afghanistan’s Hairatan port from China via Kazakhstan and Uzbekistan in November and inauguration of the Turkmen part of trilateral railway in Turkmenistan, which connected Afghanistan to an international railway network, were other significant steps in the right direction.

In the same context, another important achievement was Afghanistan’s formal admission to the World Trade Organization (WTO) in July. These developments will ensure easy, reliable, and cost-effective trade and transit opportunities for Afghanistan and the region. However, the expected gains of these projects will not be realized in short term.

In another achievement, the Salma Dam, which was inaugurated in June by Indian and Afghan leaders, was an important breakthrough in energy infrastructure development in Afghanistan. It has the capacity to produce 42 megawatts of electricity and irrigate 80,000 hectares of farmland.

Afghanistan’s economy has remained dependent on international aid since 2001. In this context, the Warsaw and Brussels conferences were crucial to ensure continued support until 2020. At these conferences, Afghanistan’s development partners pledged security grants of $4.5 billion and development support of $3.8 billion annually.

Despite the continued international support, the concern is that the country has not been able to utilize its development budget effectively. Annual reports from the Ministry of Finance (MoF) reveal alarming figures about the poor execution rate, only about 35 percent, of the $2.9 billion development budget. These disappointing figures spurred anger among Afghan parliamentarians, which resulted in the dismissal of seven ministers last year. Afghanistan’s national budget was approved by Parliament in January 2017; however, the underlying reasons for poor budget execution remain uninvestigated and unaddressed.

There is little evidence to suggest significant improvements in the Afghan economy in 2017. The security situation in the country will determine the amount of private investment, the business atmosphere, and the rate of project implementation. Meanwhile, good snow, rains, and the resulting higher crop yields will allow the agriculture sector to play its due role in the economy.

Pakistan on Wednesday postponed the long-awaited reopening of a key border crossing with Afghanistan for unknown reasons, officials said.

Ghulam Khan border, the third major crossing point with Afghanistan in North Waziristan tribal region, was closed in June 2014 after the security forces launched a major operation against the Taliban militants and their foreign hosts in that area.

An official told Xinhua that it was planned to reopen the border on trial basis for a week on March 7 for trade and people, however, it was postponed for an indefinite period. He did not give any specific reason.

However, sources said Pakistani side needs more time to ensure the immigration, custom and other facilities are available at the time of the border reopening.

Pakistan had introduced passport and visa system for those who enter Pakistan in 2016 via Torkham, the biggest crossing between the two countries. Officials say the same system will also be introduced at Chaman, the second largest point, and other notified crossings.

Officials say the Ghulam Khan border point, which will have modern facilities, could become the biggest trade route as the containers that bring Afghan transit goods from Karachi port would use this crossing instead of Torkham.

North Waziristan border Afghanistan's eastern Khost province and Pakistani trucks could move up to Kabul and other cities but it depends on the understanding between the two countries. Current political tensions have badly affected bilateral and transit trade.

Pakistan and Afghanistan signed a transit agreement in the 1960s and revised it in 2010 to allow landlocked Afghanistan to import through Karachi port.

In Pakistan, a young Pashtun man was killed by police. Another has risen to lead a movement.


(Manzoor) Pashteen and his associates, largely young and educated Pakistanis who grew up in the chaos and routine violence of war, say they seek only justice under the law and the constitution, not to provoke ethnic unrest or secession. They take inspiration from nonviolent activists of the past, especially Bacha Khan, a Pashtun independence leader who worked with Mahatma Gandhi in India before the partition that created Pakistan in 1947.

But their explosion onto the national scene has aroused suspicion and concern in some quarters, especially in the powerful state security apparatus, which has been startled and angered by Pashteen’s accusations. His most provocative slogan charges that “the uniform is behind terrorism.” Military officials insist they have worked hard to eliminate terrorism from Pakistani soil, while U.S. officials accuse Pakistan of harboring Taliban insurgents.

Pashtun political parties in Pakistan, on the other hand, have reacted warily to the nascent movement, partly out of fear of competition and partly because of concern that it could sabotage their longtime efforts to succeed within the formal political system, especially a campaign to bring full legal and political rights to the neglected, federally controlled tribal areas by merging them with the rest of Pakistan.

The Awami National Party, the country’s largest and oldest Pashtun party, has been especially critical. It recently removed two of Pashteen’s close associates from party posts after they refused to leave his movement. One former party official has worked to bring victimized tribal women to speak at PTM rallies — both an extraordinary departure from conservative Pashtun culture and a rare threat to security forces that are widely popular with the public and have long justified mass raids and detentions in the name of quelling Islamist terrorism.