Is the shocking rape-murder of 7-year-old girl Zainab an isolated crime? 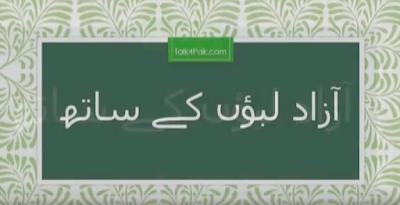 Or is it part of a larger organized crime syndicate engaged in highly lucrative global child pornography business in Pakistan?

If so, who else is involved in it?

Will there be a thorough investigation to establish one way or the other? Or will there be an effort to cover up the possible involvement of powerful patrons?

The Eclipse of Feudalism in Pakistan

Social and Structural Transformations in Pakistan

The brutalisation of women in India has increased alarmingly in recent times. Rape, molestation, and abuse have spiralled out of control, with the incidents of violence becoming uglier and more frightening.

Violence against women happens everywhere. While its causes vary in different settings, in India the root of sexual violence is largely seeped in cultural factors and values that have continued in perpetuity. These have engendered beliefs in male superiority and the social inferiority of women.

Therefore, it is no surprise that little has changed since December 2012, when a 23-year-old physiotherapy student was gang-raped in a moving bus. The incident sparked global outrage and led to a major reform of India’s rape laws in a bid lower the number of sexual assaults in the country. Given the enormous public reaction, many perceived this to be a tipping point.

The reforms sought to speed up trials, increase penalties for offenders, and expand the legal definition of rape. In addition, the government set aside $480 million, known as the Nirbhaya Fund, for new women’s safety initiatives.

A little more than six years later, change is slow. The collective sense of outrage is ignited as each fresh incident hits the headlines, only to be followed by a deathly silence.

Take this example. In January, a 28-year-old man was arrested in Delhi on charges of raping his 8-month-old female cousin. Prior to that, five alleged rapes, mostly of minors, occurred within five days in the northern Indian state of Haryana. The crude and frighteningly brutal nature of these attacks led to widespread shock and despair across India at the inability to prevent such crimes.

Vulnerable and poor families also face humiliation and intimidation if they choose to pursue cases and seek justice. The Human Rights Watch report “Everyone Blames Me” found that women and girls who survive rape and other sexual violence often suffer humiliation at police stations and hospitals.

The statistics speaks for themselves. According to data from India’s National Crime Records Bureau (NCRB), the country recorded more than 36,000 cases of rape, sexual assault, and similar offences against children in 2016. The rising number of cases and the inordinately low conviction rate have brought no cheer to victims.

What’s more, sexual violence is especially prevalent in rural areas where gender-based marginalisation is intensified by low social status. The NCRB has found that more than four women belonging to the Dalit caste – the lowest in Indian society – are raped each day. Frustration has grown with the insufficient protection provided by the legal system.

Instances of acid attacks, which are a form of sexual violence, have been reported in nearly all parts of the world, but they are particularly endemic to South Asia, especially India.

Laws restrict the sale of acid and chemicals in India; however, up to 300 acid attacks are reported each year, according to Stop Acid Attacks. Activists on the ground say this number is just skimming the surface, and the real rate is much higher. Spurned marriage proposals or property disputes are often blamed for attacks.

Another major reason for the systemic violence against women is that, despite the catchy slogans and advertisement blitzkriegs to save and help the girl child, Indian parents retain an entrenched preference for sons over daughters. This in many ways accounts for skewed gender ratios across several states, especially in northern India, that have led to sex determination tests and consequently feticide.