Pakistan ranks 81 with a score of 5.292 on a list 156 countries in World Happiness Report 2013 released by UN Sustainable Development Solutions Network. The average score for all of the countries surveyed is 5.1 out of 10. 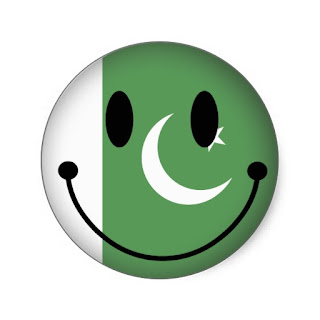 On a scale of 0 to 10, people in 156 countries, surveyed by Gallup over the period 2010-12, reveal a population-weighted average score of 5.1 (out of 10). Six key variables explain three-quarters of the variation in annual national average scores over time and among countries. These six factors include: real GDP per capita, healthy life expectancy, having someone to count on, perceived freedom to make life choices, freedom from corruption, and generosity.

Among people with improved quality of life are those in Latin America and the Caribbean, while decrease in levels of happiness is seen in Western Europe, the Middle East and North African countries affected by the financial crisis and political and social instability. Other major countries surveyed include Brazil (24), France (No. 25), Germany (No. 26), Japan (No. 43), Italy (No. 45) and Russia (No. 68).

The measured decrease of 0.214 in Pakistan's happiness score since 2008 appears to be the result of economic stagnation, energy shortages, growing corruption and declining sense of security. It has already led to a massive defeat of the ruling Pakistan People's Party in the elections held in May of this year. Would the decrease of 0.382 in India's happiness score since 2008 lead to the ouster of India's ruling Congress party in next year's elections? Let's wait and see.

Pew: Having a good day


Norway moved from No. 4 to the top spot in the report’s rankings, which combine economic, health and polling data compiled by economists that are averaged over three years from 2014 to 2016. Norway edged past previous champ Denmark, which fell to second. Iceland, Switzerland and Finland round out the top 5.

Studying happiness may seem frivolous, but serious academics have long been calling for more testing about people’s emotional well-being, especially in the United States. In 2013, the National Academy of Sciences issued a report recommending that federal statistics and surveys, which normally deal with income, spending, health and housing, include a few extra questions on happiness because it would lead to better policy that affects people’s lives.

The entire top ten were wealthier developed nations. Yet money is not the only ingredient in the recipe for happiness, the report said.

In fact, among the wealthier countries the differences in happiness levels had a lot to do with “differences in mental health, physical health and personal relationships: the biggest single source of misery is mental illness,” the report said.

“Income differences matter more in poorer countries, but even their mental illness is a major source of misery,” it added.

Another major country, China, has made major economic strides in recent years. But its people are not happier than 25 years ago, it found.

The United States meanwhile slipped to the number 14 spot due to less social support and greater corruption; those very factors play into why Nordic countries fare better on this scale of smiles.

“What works in the Nordic countries is a sense of community and understanding in the common good,” said Meik Wiking, chief executive officer of the Happiness Research Institute in Copenhagen, who wasn’t part of the global scientific study that came out with the rankings.

The rankings are based on gross domestic product per person, healthy life expectancy with four factors from global surveys. In those surveys, people give scores from 1 to 10 on how much social support they feel they have if something goes wrong, their freedom to make their own life choices, their sense of how corrupt their society is and how generous they are.