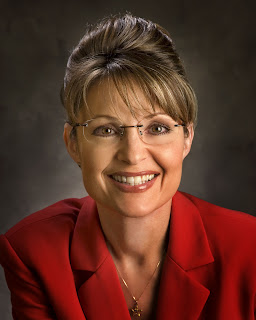 Only a day after the McCain-Obama debate, Senator McCain's running mate Governor Sarah Palin seemed to partially contradict McCain on Pakistan in an encounter with a student in Pennsylvania. While she did say she believes in "working with [President] Zardari to make sure that we're all working together to stop the guys from coming in over the border." Upon further questioning, she also went on to say that if it is necessary to strike across the border to "stop the terrorists from coming any further in, absolutely, we should,"

She was answering an impromptu question posed by Temple University graduate student Michael Rovito, who asked her about Pakistan.

"How about the Pakistan situation?," asked Rovito, who said he was not a Palin supporter. "What's your thoughts about that?"

"It's working with Zardari to make sure that we're all working together to stop the guys from coming in over the border," she told him. "And we'll go from there."

Rovito wasn't finished. "Waziristan is blowing up!," he said.

"Yeah it is," Palin said, "and the economy there is blowing up too."

"So we do cross border, like from Afghanistan to Pakistan you think?," Rovito asked.

"If that's what we have to do stop the terrorists from coming any further in, absolutely, we should," Palin replied.

Later, McCain made it clear that Palin did not represent his policy position on Pakistan.

"She was in a conversation with some young man," McCain said during an interview today on ABC's "This Week." "She understands and has stated repeatedly that we're not going to do anything except in America's national security interest and we are not going to, quote, announce it ahead of time."

McCain said Palin's exchange was not an official policy statement.

"I don't think most Americans think that that's a definitive policy statement made by Governor Palin," McCain said.

It's clear from this incident that Sarah Palin and John McCain have not quite gelled as a team yet. But if you look at some of Joe Biden's statements during the Democratic primary campaign, you would also think that he does not agree with Obama on Pakistan policy. Given the extreme difficulty of the issues in Pakistan, it is understandable that their thinking is still evolving. However, in such situations, the mindset of the person on top of the presidential ticket is what really counts. The vice president has some influence on policy but the ultimate power of the final decision rests with the person elected president.
Posted by Riaz Haq at 4:14 PM

IMHO,
Plz give Palin some space to grow. Media and columnists are battering her like hell. She sure did show potential by fighting corruption and tightening belts in her state.Everyone is entitled to their opinion however weird they may be.We never know, she may be a quick learner and overshadow McClain by her performance and perhaps will become a presidential candidate next time.Remember Pres.George W Bush even didnt know where is Pak or name of the dictator heading the state and he got a second term.She is much open minded than that,I guess. You are too worked up and very touchy lately about NWFP and FATA.

anonymous: Plz give Palin some space to grow.

The stakes are too high to allow that. Also she's a real loon - sent her son to Iraq too - she believes this war thing with an intensity that frightens this reader. That usually comes when you know God is on your side - as she knows. She's not about more learning - when God's in your corner the facts don't count.

We never know, she may be a quick learner and overshadow McClain by her performance and perhaps will become a presidential candidate next time.

That's when we know that this land is truly Mickey Mouse Playhouse - only with trillions in debt and a range of nukes that would require several Janes' issues to cover.

She's a wack-job. She's scary as hell. And I consider myself further right that many Republicans.

Is Obama any different? Just be clear Libertarian, that you are a supporter of Obama and stop calling yourself a libertarian. Obama and being a libertarian do not mix!

anonymous: Obama and being a libertarian do not mix

Just because Palin gives me the heebie-jeebies doesn't means I love Obama.

It's a question of picking my poison: the Republicans will spend money they don't have on wars; the Dems will spend money the same money on amoral Robin Hood social schemes. Either way that money's going to be spent. The Republican's generally lower IQ and religious underpinnings are turn-offs; the Democrats' moral high-ground holier-than-thou social posturing causes gagging. I would love to be a Sovereign Citizen, but those specimens usually end up in jail :-)

On topic: my guess is Obama's showing his hand on Pakistan; McCain is being coy about his.