Who was behind the terror attack at Peshawar Agriculture University? Is it the Tehrik-e-Taliban Pakistan (TTP) that claimed responsibility? Will this attack harden Pakistan's position vis-a-vis TTP sanctuaries in Afghanistan? Will it make less likely for Pakistan to cooperate with the US and Afghanistan? Are Pakistani security forces getting better in dealing with such attacks? 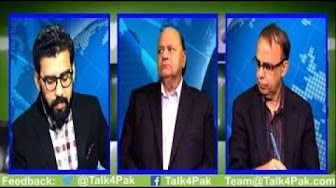 Why is former US President Obama in India? What did he say about Pakistan and its alleged role in hiding Osama Bin Laden? Why is Obama advising Indian Prime Minister Modi to abandon Hindu Nationalists' politics of hate and division along religious lines?

Is the US Secretary of State Rex Tillerson really on his way out? If so, why? How is the uncertainty impacting American diplomacy abroad? Is President Trump too focussed on building up and funding the military at the expense of diplomacy? Will it backfire?

Wave of Terror in Pakistan

India is Lynching Capital of the World