How is ISIS-inspired terror spreading in the West? What can be done to stop self-radicalization of lone wolves through social media? Was Trump's reaction to the NY terror report appropriate? Why is there such a difference in media coverage and leaders' reaction between terrorism incidents and frequent and more numerous shooting deaths in America? How does the domestic politics affect it? 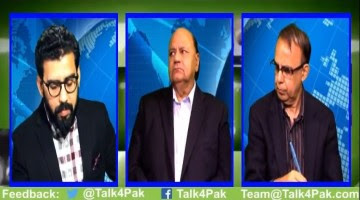 What do the Bin Laden's Abbottabad files released by the CIA say about Al Qaeda leaders' ties with Iran and Pakistan? Is Iran really assisting Al Qaeda with arms, money and training of Al Qaeda operatives? Is there any evidence of Pakistan's help in hiding Bin Laden in Abbottabad? Why are the Afghan commanders in Loghar province talking about moving to Iran?

What are the charges filed by Independent Counsel Robert Mueller against Trump campaign manager Paul Manafort and foreign policy advisor George Papadopoulos? Who's next to be charged in Trump Russia collusion probe? Jerrod Kushner? Is the special prosecutor working his way to the Trump inner circle? Will there be a repeat of the 1974 Saturday Night Massacre if Trump decides to fire Mueller?

How did Pakistan attract Sri Lanka team to play an international T20 match in Lahore? And at the same rise in rankings to the number 1 spot for T20 cricket? Is it a vote of increasing confidence in Pakistan?

Prince Charles: “I know there are so many complex issues, but how can there ever be an end to terrorism unless the causes are eliminated?” .....“Surely some US president has to have the courage to stand up and take on the Jewish lobby in the US? I must be naive, I suppose!”


☀️👀
@zei_squirrel
today is the 21st anniversary of 9/11, and also of the entire media class losing their minds over Chomsky telling some uncomfortable truths about it


☀️👀
@zei_squirrel
today is also the 49th anniversary of the first 9/11, a much worse act of state terror conveniently memory-holed by the Western media and political class because the US sponsored it: the fascist military coup against Chile's socialist government


☀️👀
@zei_squirrel
as the media class began the "War on Terror" propaganda, in November 2001 Chomsky was pointing out that the US is the world's leading terrorist state and that "it's a great error to describe terrorism as the weapon of the weak: it's a weapon of the strong, and always has been."


☀️👀
@zei_squirrel
right after 9/11 the first major part of the so-called "War on Terror" was the US empire's illegal invasion of Afghanistan under false pretenses, destroying the country and killing over 200.000 over the next 2 decades. The entire media class cheered it on


☀️👀
@zei_squirrel
the next target of the "War on Terror" was Iraq, and here too the media class played a key role in manufacturing consent for the destruction of the country and the killing of over 1 million, which remains the greatest crime of the 21st century


☀️👀
@zei_squirrel
despite the pervasive hysterical propaganda, there was also opposition to the "War on Terror" from ordinary people, most notably against the war on Iraq with the largest global demonstrations in history. Here is Corb