An Indian-American investor and producer of Bollywood movies has been convicted of mortgage fraud in the United States. How did he scam US banks and investors? How did US mortgage money end up funding Bollywood? To answer these questions, let's look at the broader story of US mortgage fraud and its impact on the international financial markets and the world economy.

The French stock market triggered worldwide shares selloff in August 2007 after BNP Paribas, the largest publicly traded bank in France, suspended investors’ ability to remove money from three funds that had invested in American mortgage securities. The bank said it had become temporarily unable to place a value on the funds, which have turned sour as increasing numbers of homeowners have defaulted on their loans.

The news came as a shock to many who mistakenly believed the damage from the US mortgage crisis was limited to the US financial markets. How did this happen? The answer lies in how the mortgage business has changed over the last decade. Until the 1980s, the mortgage lenders kept the loans on their own books and assumed full risk of default. The loan officers either knew the borrowers or checked them out carefully before approving the loans. All of this changed with the advent of securitization of debt that allowed the original lenders to offload their loans and pass the risk on to investors, including large foreign institutions such as BNP Paribas, who bought US mortgage-backed securities as investments. The rating agencies jumped into the opportunity to make money by giving AA and AAA investor grade ratings to some of the riskiest of securities backed at least partially by shaky or sub-prime mortgages issued to less credit-worthy, even fraudulent, customers. Others such as AIG created the appearance of lower risk to investors by issuing credit default swaps to ensure such securities.

Many of the subprime loans were issued to unsuspecting borrowers lured by dishonest mortgage brokers. These loans were based on false information such as exaggerated claims of income, inflated property appraisals, and given at very low teaser rates. Some of the borrowers knowingly took advantage of easy credit by falsifying information on their applications. Mortgages brokers and banks made enormous profits by issuing such mortgages which were then sold as securitized debt to investors. Needless to say, many of the borrowers started to default as soon as their rates and payments increased after the initial period of teaser rates.

Last month, I actually met a technician in Silicon Valley who came to do some work at my newly-purchased home. He asked me if I had bought my home through short sale or foreclosure. I said no. Then he proceeded to tell me that he had had two of his homes foreclosed recently. When I said I am sorry to hear that, he said it's no big deal. It turns out that he had borrowed 125% of the value on each of those homes at low teaser rates and pocketed the extra cash after paying for the homes. He rented the homes and then used the cash to buy two brand new cars and took a vacation. When the rates increased, he did not keep up with the payments and lost both homes. But he kept the cars, enjoyed his vacation and kept the leftover cash.

What this technician's story represents is only the tip of the huge mortgage default mess and massive investor losses. Yesterday's Washington Post reports that Vijay K. Taneja, a well-known Bollywood investor, has admitted to mortgage fraud in Virginia. Taneja pleaded guilty in U.S. District Court in Alexandria to a fraud enterprise that cost banks at least $33 million, the largest mortgage fraud case in Virginia in almost 20 years and among the largest nationally. Prosecutors said he created bogus mortgage loans, sold legitimate loans to more than one buyer and pocketed the proceeds of refinancings. 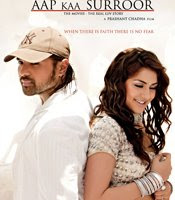 According to Washington Post, prosecutors told the judge that Taneja invested millions of his mortgage proceeds in Indian films and theatrical productions through one of his companies, Elite Entertainment, and that they are still trying to untangle the financial web. "He has millions of dollars unaccounted for," Assistant U.S. Attorney Stephen Learned said as he asked Hilton to order Taneja to be electronically monitored to ensure that he doesn't flee before sentencing. "There's so much money, and it's difficult to figure out where it all went."

The above two examples are just the beginning of the anecdotal evidence of fraudulent mortgages that are at least partly responsible for the international financial crisis we find ourselves in. The Federal Bureau of Investigation is investigating 19 major corporate fraud cases related to the mortgage crisis. The targets of most of those investigations have not been disclosed. In addition, the F.B.I. has 1,380 small mortgage fraud investigations now open in field offices around the country, a sharp increase over previous years, according to FBI officials. Other culprits include inadequacy of the risk models, lack of regulation of financially engineered products, and the actions of the US rating agencies. The US origins and the global nature of the problem requires concerted international investigation of the current crisis to develop a new regulatory regime and enforcement mechanisms that cover financially-engineered products such as securitized debt and credit default swaps and better oversight of the rating agencies.
Posted by Riaz Haq at 11:16 PM

A few weeks ago, the famous producer Karan Johar was interviewed on the business of cinema and he said something that insiders have known for a long time, that the number of people watching movies in India was actually falling every year.
Some of the reasons for this are to do with infrastructure. India has only one screen per lakh of the population. The United States, the world's biggest film industry, has 12. China, which through Hong Kong has the second biggest film industry, has about 2.5 screens per lakh.
As cities in India begin tearing down old cinema halls and build malls, the number of screens is set to go down even further. The other problem is that the multiplex screens in new malls are too expensive for most middle-class families. Tickets are around Rs 250 and taking a family to see a movie regularly would severely dent household incomes. Service tax and entertainment tax rates are high and there is not that much scope to reduce the prices of the tickets.
And it is not as if the producers and studios are being greedy. In fact, one major producer, Walt Disney, announced recently that it would exit the Bollywood movie production business after it made big losses.
Some of the reasons for the decline in movie watchers have to do with the industry. A friend of mine said to me that the big Bollywood stars did not make enough movies and there was little to watch. Aamir Khan, Shah Rukh Khan and Salman Khan now acted in only about one film each year and made money through advertisements and television. This meant that many people, even if they had the money to spend on a movie and wanted to go, often had nothing available for them to watch.
Bollywood is one of only three major film industries, along with Hollywood and Hong Kong and each of these three has a star system. This means a list of famous and recognisable actors who can guarantee a film will attract a certain number of viewers.
The problem has been that Bollywood, though it makes the most movies (if we include the films also made in the south Indian languages of Tamil, Telugu, Kannada, and Malayalam) per year, has a limited number of big name stars. Hollywood has many more people who can star in a big movie.
The other issue is that unlike Hong Kong's movies, Bollywood's are not universal. Why do I say this? Hong Kong's martial arts movies are quite physical. Their stars like Bruce Lee and Jackie Chan have become famous heroes in America and also in India. The Hongkong movies, because they are action-oriented, do not lose much of their quality when they are dubbed.
Indian movies are not action oriented, and the quality of the action is not as high as in Hongkong movies. Because there is music and dancing, the dubbing is not as easy to do and the loss of quality is much more. This is the reason why the export earnings of our movies is much less than Hollywood and Hongkong movies. It is mostly people of South Asian origin which like and watch our movies.
Even here, the audience may be narrowing. In Pakistan, there is a big market for Indian movies in their multiplexes. For decades this revenue was lost to Bollywood because the movies were pirated. Under former president Pervez Musharraf, the official screening of movies was allowed, benefiting both nations. Today all Bollywood movies are shown there. Unfortunately, the current state of ties between the two countries has been allowed to deteriorate so much that we should not be surprised if Musharraf's wise decision is reversed.
It is because of all of these reasons that Bollywood is not growing though it has great potential. It seems destined, along with the rest of India's economy, to be showing promise that it cannot match through delivery.

Could this year end up being the worst for box office growth in India?

In April 2013, PVR's five-screen multiplex at Grand Mall in Chennai's Velachery was ready for business. It was, however, only in December 2015, under a court directive, that the licence to open was issued. The interest costs, that of keeping the property fully-staffed in anticipation of the licence and the opportunity cost is not something anyone at the Rs 1,485-crore PVR cares to discuss. "Capital is not a constraint (for growth), the ecosystem is," is all Kamal Gianchandani, CEO, PVR Pictures, says.


There are dozens of theatres like PVR, ready in various parts of the country, awaiting a licence to start. Getting permission to open a multiplex remains "the single biggest challenge to expansion," says Rahul Puri, managing director, Mukta Arts, which owns 38 screens across the country.

In a country where more than three-fourths of the Rs 13,000-crore film industry's revenues come from the box office and where single screens have been shutting down at an alarming rate, this delay in opening new properties is almost criminal. While multiplexes have been doing a good job, adding 150-200 screens every year, single screens have been shutting at twice that rate. From over 12,000 screens five years ago, there are now just about 10,000 left in India.

The result: in 2014, growth in box office revenues screeched to a halt. While the numbers are yet to come in, 2015 is not expected to have done much better. This is simply because there aren't enough screens around.

Over the years, multiplex chains like PVR and Inox have grown at a fast pace. The initial growth that came from metros and large cities is now plateauing. More recently, the chains' growth has come from consolidation, rising ticket prices and higher contribution by food & beverage sales and advertising. Average occupancy at multiplexes remains 30 per cent. For more than five years now the number of Indians watching films has fallen consistently - from 82 million in 2010 to just about 78 million in 2014.

Without faster addition of screens, especially in small-towns and rural India where single screens are shutting down fast, the Indian film industry is up for some tough times, say analysts.

China had about 9,000 screens in 2011 when the government decided to push investments into building screens. By 2014, China had over 24,000 screens and its box office revenues - 90 per cent of all revenues - had more than doubled to $4.8 billion. It is now the world's second largest film market after the United States.

The, "speed of (screen) growth has to increase," says Alok Tandon, CEO, Inox Leisure. A jump of 10,000 screens will mean more than doubling of revenues and a more equitable distribution of money, especially among different genres instead of just Hindi, English, Telugu and Tamil.