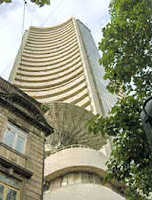 Hong Kong-based Political & Economic Risk Consultancy Ltd. has recently rated India as the riskiest of 14 Asian countries, not including Pakistan and Afghanistan, it analyzed for 2009. The Mumbai attacks are likely to worsen India's risk rating, especially if the attacks lead to hostilities with Pakistan and anti-Muslim riots in India. By targeting foreigners and the nation's commercial capital, the terrorists have struck at international links that have supported 9 percent average growth in the $1.3 trillion Indian economy for the past three years. The Mumbai events "couldn't happen at a worse time," Patrick Bennett, a strategist with Société Générale in Hong Kong, told the Wall Street Journal.

With the economic growth already slowing to a multi-year low rate of 7% and the national elections approaching in first half of 2009, these attacks have come at a particularly awkward time for the ruling Congress party. The opposition BJP's leader L.K. Advani has criticized the government's handling of terrorism as “non-serious approach”, according to the Press Trust of India. In response, Prime Minister Manmohan Singh has replaced his home minister and vowed to get tough on a "neighboring country", an apparent reference to Pakistan.

Foreign investors have already pulled $13.5 billion out of the India's stock market so far this year, driving the benchmark Sensex index down 57% and hurting the rupee. Liquidity has dried up, economic growth is slowing and consumers and businesses are spending less money, according to Bloomberg.India faces a prolonged downturn that is already forcing companies to cut jobs. Its economy grew 7.6% in the July-September quarter, the slowest pace in almost four years, and down from a 9.3% expansion a year earlier, according to Wall Street Journal.

"There may not be some big countercyclical fiscal stimulus to address a cyclical downturn, but it could be more of a piecemeal approach," says Ramya Suryanarayan, economist at DBS bank in Singapore. The fiscal deficit is running "at between 7% and 8% of gross domestic product, and further expansionary policies will add to the stress."

Given the angry and vengeful public mood in India, it is likely that the hardliners will prevail, forcing significant policy changes that will affect the entire region for a long time to come. For beginners, the warlike Indian posture toward Pakistan will scare investors and tourists away from India. With the emboldened Hindu fundamentalist outfits gaining support, a more serious threat to the Indian economy could come from a repeat of Gujarat 2002 across the entire country. If India decides to "punish" Pakistan by invading it, it will be devastating for both India and Pakistan and set them back by decades as the business and consumer confidence plummets. The BPO and IT businesses will go to more stable regions of the world. Already, the gap between the Chinese and the Indian economies seems to be growing. China's stability under one-party government is more effective in sustaining high growth, Indian Finance Minister Chidambaram said in April of this year, adding "the distance between India and China is in fact increasing, not reducing because China's growth rate is faster." Sustained gap in economic growth between India and China could make India's economy more like Taiwan's in comparison with China's, in spite of India's big population.

India's image as a peaceful and stable nation has helped it build confidence of foreign investors and businesses to set up shops in India and fuel its economic growth. For example, Americans alone brought $13 billion in foreign direct investments in 2007 from large investors and Fortune 500 corporations to India, which helped create jobs and sustain the virtuous cycle of intellectual and economic development. If the actions of Indian politicians shatter this image of peace and stability, it will be very difficult to rebuild it.

Based on a quick review of India's current status and great potential, including its strengths and weaknesses, I strongly believe India can stay on the road to greatness it deserves with its rich heritage as one of the oldest civilizations on earth and the world's largest modern democracy. India's toughest challenge in the 21st century will continue to be in how well it negotiates the obstacles and potholes created by internal strife from growing religious and ethnic fanaticism, homegrown and international terrorism, ongoing regional insurgencies, and increasing economic disparities.

DOnt worry about the India story. It will continue to grow at 6-7% even in the worst of the ecessions seen. And the moment the global economy starts doing well, we will go back once again to the 8-9% level. Ours is not an export led economy.Much of the growth is being fuelled by the swelling demand for goods from the almost 300 millions strong middle class.

Even before Mumbai attacks and the Satyam scandal and despite the 55% drop in India's benchmark Sensex in 2008, relative valuations were high. The market's PE ratio, based on expected earnings for the next 12 months, is 60% higher than emerging markets as a group and 72% higher according to its price-to-book ratio. The roughly 2% yield on the Sensex is minuscule compared to regional markets offering upwards of 5%.

Hong Kong-based Political & Economic Risk Consultancy Ltd. has recently rated India as the riskiest of 14 Asian countries, not including Pakistan and Afghanistan, it analyzed for 2009. Satyam scandal is likely to add additional risk if the Indian authorities and corporate sector fail to take measures to restore investor confidence in India's publicly traded companies.