No Money, No Energy, No Government 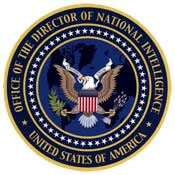 Draft of a new US National Intelligence Estimate (NIE), leaked to the media recently, paints a bleak picture of Pakistan.

A US official who participated in developing the report summarized the estimate's conclusions about the state of Pakistan as: "on the edge" with "no money, no energy, no government." According to him, the NIE report also talks about "Pakistani army's reluctance to launch an all-out crackdown" on the insurgents.

This latest US NIE seems to imply that the situation is far worse than the earlier reports of economic meltdown and President Zardari's plea for a $100b bailout request to the US and friends of Pakistan consortium.

The economic difficulties are compounded by growing insurgency, infighting within Pakistani government and deep mistrust between the civilian and the military leadership, according to the estimate.

Mr. Juan Cole, a South Asia watcher married to a Pakistani-American, views this NIE leak with suspicion. He says, "I'm suspicious that all the talk about instability and 'no government' is really a way of saying that US intelligence agencies liked having a military dictatorship there much better than they like having an elected parliamentary regime."

Mr. Cole adds, "American reports about Pakistan are schizophrenic, because they say the Pakistani army is not fighting the Taliban. But the Pakistani military has chased 300,000 from their homes in Bajaur, one of 7 tribal agencies, and has engaged in firefights with dissident Muslim groups there. I mean, what do the authors of the NIE want?"

The accuracy of the NIE and the motives behind it are hard to gage, but it is clear that the situation in Pakistan is very chaotic with growing unrest among the population because of the falling rupee, dwindling foreign exchange reserves and skyrocketing prices of food and fuel. President Zardari is trying to line up significant emergency economic aid from the US, the Europeans and the Chinese to bail out Pakistan. His government will probably not last long if he fails.
Posted by Riaz Haq at 9:24 PM

I agree with Juan Cole's analysis. Much of this nonsense is to put pressure on PK government. A sort of arm twisting by the empire..

I feel scared and worried seeing all such reports but then i think of our history. The history tell us wheneven we have come across a crisis situation our people have come together. As iqbal said Islam zinda hota hai har karbala ke baad. May this crisis situation is very alarming but i hope it can help us to reunite. and by us i do not only mean the people of Pakistan but the whole islamic countries.

While the US NIE seems to be a highly exaggerated assessment of the dire situation in Pakistan, I believe there is a fundamental grain of truth in it that requires serious attention by Pakistani government and people. Ignoring that grain of truth in the NIE will expose Pakistan to great peril.

Let's all remember. When the going gets tough, the tough get going.

Let's see if Pakistanis can rise to the occasion and deal with the nation's multiple crises.