The World Happiness Report continues to rank Pakistan as the happiest nation in South Asia for several years now. The country ranks 66th among 153 nations surveyed for the World Happiness Report 2020. India ranks 144, Bangladesh 107, Nepal 92, Sri Lanka 130, Maldives 87 and Afghanistan 153. China ranks 94th.  Finland tops the list followed by Denmark second and Switzerland 3rd in the world.  The report warns that the COVID-19 global pandemic poses "great risks for some of the main supports for well-being, most especially health and income". 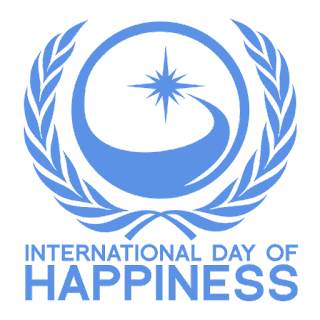 Pakistan has moved up in happiness ranking to 66th in 2020, up from  67th last year and 75th in 2018.  Meanwhile, India's ranking has fallen to 144 this year, down from 140 last year and 133 in 2018. It appears that Prime Minister Modi's divisive policies are contributing to declining happiness in India.


The rankings are based on data collected in the years 2018 and 2019. Researchers asked people to evaluate their own levels of happiness, and considered six other factors: GDP per capita, social support, healthy life expectancy, freedom to make life choices, generosity, and freedom from corruption, according to the report released Friday.


People in major Pakistani cities are not particularly happy. For example, Karachi ranks 117th and Lahore 122nd among 186 cities in the world. However, Pakistani cities still report greater happiness than Indian capital of New Delhi at 180 and Sri Lankan Colombo 170. Kathmandu ranks higher at 105.

The World Happiness Report 2020 has been produced by John F. Helliwell, Richard Layard, Jeffrey D. Sachs, and Jan-Emmanuel De Neve.  Commenting on the report, lead author John Helliwell said, "The happiest countries are those 'where people feel a sense of belonging', where they trust and enjoy each other and their shared institutions. There is also more resilience, because shared trust reduces the burden of hardships, and thereby lessens the inequality of well-being."

Looks like Pak’s enemies now have to do more....

Pak’s and India’s happiness variables are inversely proportional!!! The more Pak is happy the less India gets happy....

“The happiest countries are those where people feel a sense of belonging, where they trust and enjoy each other and their shared institutions,” John Helliwell, one of the authors of the report, said in a statement.

“There is also more resilience, because shared trust reduces the burden of hardships, and thereby lessens the inequality of well-being,” he added.

#India: Doctor Assaulted On Her Way To Hospital. She’s Not The Only Medic Being Attacked. #healthcare professionals in India being evicted from homes because of #coronavirus. #COVID #Modi #BJP https://www.buzzfeednews.com/article/nishitajha/coronavirus-india-doctors-nurses via @NishSwish

When H. received an urgent message from the hospital on Monday night asking her to come in to work, she knew it would be bad. The world was in the grips of a pandemic, and her home state in south India had discovered 22 positive cases of COVID-19, the disease caused by the coronavirus. For weeks, the hospital where she worked had been all hands on deck — even doctors not treating coronavirus patients were required to take throat and nose swabs, check symptoms, and decide who needed medical assistance. What she never imagined was that she — a doctor — would be stopped by police on her way to work, abused, assaulted, hauled into a police station, and then work a 12-hour-shift with bruises all over her body.

Just days ago, Indian Prime Minister Narendra Modi asked citizens to come out on their balconies and literally applaud the courage and sacrifice of health care professionals, but across the country doctors, nurses and ambulance drivers are under attack. H. is one among many examples of medics being assaulted or driven out of their homes. Medical professionals are being stigmatized as suspected carriers of the novel coronavirus, or accused of flouting a national lockdown. BuzzFeed News has seen a copy of H.’s complaint to the police about the events of Monday night but has agreed not to publish her full name because she fears retaliation from the officers involved.

H., who is in her thirties, lives and works in the state of Telangana, where on March 23 the state’s chief minister requested all citizens stay indoors for 24 hours.

Health care professionals were exempt, but the state also placed into effect a colonial-era law from 1897, known as the Epidemic Disease Act. Introduced by the British in India to combat the bubonic plague, the law allows state governments to take extraordinary measures to curb the spread of disease, while giving full protection to authorities from any legal action. Since the outbreak of the coronavirus, the law has been brought into effect in multiple Indian states, even as the Indian Journal of Medical Ethics has warned that it can be misused to trample on the rights of citizens.

At 8:45 p.m. on Monday, H. finally found a ride to work, there being no public transport that day. She and a fellow doctor were making their way to the hospital on a scooter, both women exhilarated and unsettled by the empty streets. That’s when they were stopped by the police.

“The officer on duty asked me why I was out during curfew, so I showed him my ID and explained that I was a doctor on my way to work,” H. said. “He snatched my ID, looked at it and said, ‘But how do I know whether you’re a doctor or just going to meet some man at this time of the night?’”

H. said she asked the officer to return her ID. Simultaneously, she took out her phone and began trying to call the hospital for help. At this point, she said, the officer snatched her phone, slapped her across the face, and called her a “bloody bitch.”

“I was so shocked when he hit me that I hit him back, almost as a defensive reflex,” she said. “At that point, he lost it. He grabbed my hair and dragged me into the Jeep, his fellow officers began hitting me across the thighs and legs with their batons. They groped me all over, including my private parts.”