Qureshi was at his serve-and-volleying best in the round-of-32 match as he and Cerritani cruised to victory against Federer and Chidudinelli 6-4, 6-3 to book their place in the quarter-finals of the $2.6 million ATP tournament. 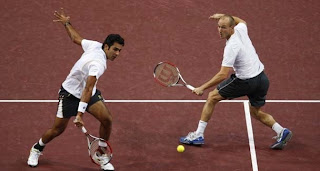 Playing in Federer’s hometown, Qureshi and his partner were in control of the match from the first game and although Federer and Chiudinelli produced moments of brilliance, the grit and powerful serve-and-volley game of Qureshi and Cerritani saw them through to the end.