Can Indian-American CEO Nadella Succeed at Microsoft in Post-Wintel World?

Microsoft, the world's largest software company, has named Satya Nardella, an Indian-American company veteran of 20 years, as its new CEO to replace its long-time leader and Bill Gates' pal Steve Ballmer. It's clearly a matter of great pride for not only his fellow Indian-Americans in the United States but also in India, Nadella's country of birth. I offer my sincere congratulations and best wishes to Mr. Nadella and his fellow Indians who are celebrating it as their own success. The question on everyone's mind now is whether he has what it takes to bring back the Wintel-era glory to Microsoft. 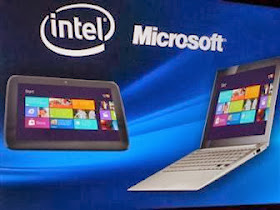 Wintel (Windows+Intel) represented the most successful period for Microsoft and its partner Intel when the two companies together made history with the personal computer revolution. Working for Intel as an engineer in 1980s and 1990s, I had a chance to work with both Microsoft and Intel executives to help bring about the PC revolution. Both companies offered products that worked well together to address the needs of hundreds of millions of PC users in that period. Both companies enjoyed phenomenal growth and high profit margins. I met Bill Gates several times in the two decades at frequent Intel-Microsoft executive meetings. I also got a chance to work with other Microsoft executives including Paul Maritz, Rob Glaser, Nathan Myhrvold, Carl Stork and others.

One particular incident with Bill Gates that I remember was at the 80486 CPU launch event at McCormick Place in Chicago. Gates insisted on doing the 80486 CPU demo at the event. Gates was a real geek at the time. He showed up wearing a rumpled shirt. His hair was uncombed. As he began the rehearsal under a spotlight aimed at the stage, he started complaining that he couldn't see under its glare. Intel marketing manager suggested to him to not look directly into the light to avoid it. Somehow we got through the rehearsal and, later, the actual launch in front of the media and the analysts went quite well.

The Wintel duopoly enabled both Intel and Microsoft to increase performance, bring down prices and still enjoy unprecedented profitability in the computer industry. Dave House, Executive VP at Intel in charge of microprocessor business, put it best when he told me and my fellow 80386 CPU engineers in 1985 that "making 80386 microprocessor chips is like printing money". He went on to explain that "it costs more than 10 cents for the US govt to print a dollar bill but Intel's cost of printing 80386 chips is less than 10% of its average selling price". I believe Microsoft made even bigger profits with DOS and Windows operating systems and PC applications in 1990s.

Wintel partnership came under severe strain in 1992-93 when Microsoft decided to build its Windows NT operating system to run primarily on Reduced Instruction Set Computing (RISC) processors from DEC and MIPS. Intel's CISC (Complex Instruction Set Computing) X86 architecture-based processors were considered by many as old and uncompetitive relative to RISC. RISC processors came with a reduced set of simple instructions executable within a clock period, lots of registers, more cache memory and powerful compilers which Intel x86 based CPUs lacked at the time. Intel responded to the challenge by offering much higher clock rates, larger cache memories, improved instruction pipelining, multiple execution units and highly optimizing compilers which made more efficient use of the limited number of registers and better instruction scheduling on the Intel processors. I was assigned the role of a program manager at Intel to work with Microsoft to optimize Windows NT for 80486 at the time. It was interesting to watch the competing arrogant management styles of the two companies on full display during this effort. Needless to say, Intel beat back the RISC challenge and went to become the world's largest and most profitable chip company.

The world has dramatically changed since the 1990s when Wintel ruled the roost. PC is no longer the dominant device. Smartphones and tablets have brought the era of mobile cloud computing where neither Intel nor Microsoft enjoy leadership position. Even developing like Pakistan are deploying cloud computing applications. A Google sponsored survey in Pakistan found that mobile computing is expected to overtake desktop computing this year. Several new and more innovative and powerful players have emerged to in this market. It is this new reality that stares Staya Nadella in the face.

In a recent New York Times column, Nobel Laureate economist Paul Krugman compared the decline of Microsoft to the fall of the great empires of the past. Drawing upon the lessons of Medieval Muslim historian Ibn Khaldun, Krugman wrote:

"How could Microsoft have been so blind? Here’s where Ibn Khaldun comes in. He was a 14th-century Islamic philosopher who basically invented what we would now call the social sciences. And one insight he had, based on the history of his native North Africa, was that there was a rhythm to the rise and fall of dynasties. Desert tribesmen, he argued, always have more courage and social cohesion than settled, civilized folk, so every once in a while they will sweep in and conquer lands whose rulers have become corrupt and complacent. They create a new dynasty — and, over time, become corrupt and complacent themselves, ready to be overrun by a new set of barbarians. I don’t think it’s much of a stretch to apply this story to Microsoft, a company that did so well with its operating-system monopoly that it lost focus, while Apple — still wandering in the wilderness after all those years — was alert to new opportunities. And so the barbarians swept in from the desert".

Krugman's comparison of today's Microsoft with ancient dynasties seems to make a lot of sense. The "Wintel" dynasty is being overthrown by hordes representing cloud computing "barbarians and tribesmen" at Apple, Google, Amazon and a whole bunch of other tech companies. Can  a Microsoft lifer like Staya Nadella, steeped in Microsoft's established culture, fend off the "barbarian at the gates"? If I were a betting man, I'd say No! But let's wait and see.

Minorities are Majority in Silicon Valley

Mobile Internet to Overtake Desktop in 2014 in Pakistan

Please use Name/URL profile (rather than anonymous option) if you do not have a Google account. It makes it easier to respond to comments.